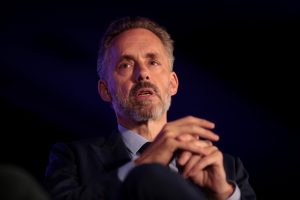 As the super-tolerant folks on the left continue to wage an ideological war against anyone who opposes them a little too firmly for their liking, there are a few promising developments on the horizon for those of us who value each individual’s right to free speech—even when we disagree with the individual.

Canadian thoughtcriminal Jordan Peterson is working on an exciting new development in response to the increasingly brazen censorship and deplatforming on most popular social media platforms: a censorship-free social media site.

Though still in tight-lidded beta mode, Peterson announced that ThinkSpot will be ready for a full launch by the end of the year. Until then, the site will be beta-tested by major free speech proponents like Dave Rubin, Michael Shermer, and others.

According to its stark website, “thinkspot is a collaborative community where individuals can explore and exchange ideas in a thoughtful and respectful manner. The platform is an intellectual playground for censorship-free discourse.”

Peterson discussed Thinkspot with podcaster Joe Rogan on June 9, emphasizing a radically pro-free speech Terms of Service. He described that freedom as the “central” aspect saying, “once you’re on our platform we won’t take you down unless we’re ordered to by a US court of law.”

You mean we can let our hair down and speak our minds without fear of accidentally “misgendering” someone (or, heck, referring to them as a human if they happen to identify as a dog) and getting banned? What a radical concept!

While non-malicious speech is clearly the ideal content for ThinkSpot, Peterson has thus far not made public any concrete plans for how the site will handle, you know, actual, malicious speech or even incitement.

However, an interesting posting rule may help to smooth that out. “Rather than suggesting that some opinions are ‘off limits,'” NewsBusters reports, “Peterson said they will have a minimum required length so one has to put thought into what they write.”

“If minimum comment length is 50 words, you’re gonna have to put a little thought into it,” he explained. “Even if you’re being a troll, you’ll be a quasi-witty troll.”

As for comment moderation, all comments on the website will have a voting feature  similar to Reddit: “…If your ratio of upvotes to downvotes falls below 50/50 then your comments will be hidden, people will still be able to see them, if they click, but you’ll disappear.”

Peterson admits that the comment-voting concept isn’t foolproof and is still being mulled over: “We don’t know if 50/50 is right.”

ThinkSpot was created, in part, as a direct response to the banning of a slew of thoughtcriminals from Patreon, which allows content creators like Peterson to earn a reliable income from directly from their subscribers. That is, of course, unless they say the wrong words or believe the wrong ideas or think the wrong thoughts, in which case Patreon is right there with the banhammer.

Taking the best from the Patreon business model without the thoughtpolicing, ThinkSpot will also be subscription-based and directly subsidize content creators.

“We’re in desperate need for a platform that doesn’t arbitrarily decide to throw people off because of random crowd mentality,” she said.

As more and more social media platforms are caving to the whiny whims of the left, she couldn’t be more right.