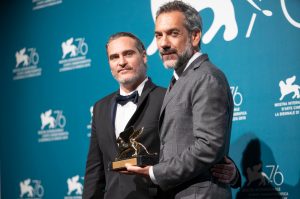 There’s no good joke that can’t be ruined by some big sweaty snowflake raising an appendage and, in their crackly, nasal voice, declaring the joke to be inaccurate or offensive.

Mainstream comedy is all but dead because society has become overrun with such folks, insisting that every punchline be sanitized and every little demographic slice of society be represented, and represented with deep, boot-licking reverence.

That’s why Todd Phillips, the director behind Joker (which, in case you’re unaware, is most definitely not a comedy), says he has quit working on comedy films altogether.

“Phillips had found it increasingly difficult, he says, to make comedies in the new ‘woke’ Hollywood, and his brand of irreverent bro humor has lost favor,” a recent Vanity Fair piece said of the director, who also gave us such gems as The Hangover, Old School, Road Trip, and, just for funsies, a documentary about shock-rocker GG Allin.

“Go try to be funny nowadays with this woke culture,” Phillips told the magazine. “There were articles written about why comedies don’t work anymore—I’ll tell you why, because all the fucking funny guys are like, ‘F*** this s***, because I don’t want to offend you.’”

Pardon the swear jar contribution, but the guy’s got a point.

“So I go, ‘How do I do something irreverent, but f*** comedy? Oh I know, let’s take the comic book movie universe and turn it on its head with this.’ And so that’s really where that came from,” Phillips said, explaining how he arrived at Joker after casting off the shackles of politically correct comedy.

The irony of Phillips’ exodus from comedy, of course, is that Joker has itself been plagued by critical pearl-clutching from the left, most notably gun control advocates, who claim that the film and its creators will surely trigger another mass shooting.

“I think it’s because outrage is a commodity, I think it’s something that has been a commodity for a while,” Phillips added. “What’s outstanding to me in this discourse in this movie is how easily the far-left can sound like the far-right when it suits their agenda. It’s really been eye-opening for me.”

Nailed it. Absolutely nailed it.