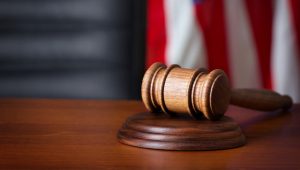 Chief Justice John Roberts has proven once again that he’s not a friend to the most unprotected class of citizens in the United States. No, it’s not a minority group. It’s the unborn. And Roberts has sided with liberals in striking down restrictions on abortions put in place by the state of Louisiana.

Apparently, life only matters when there is a political agenda attached to it that protects the progressive agenda and pushes it forward.

This is a clear overstepping of the Supreme Courts boundaries as it is violating the most basic and foundational right we all have, including those not yet born: the right to life.

Here’s more on this travesty of justice from The Daily Wire:

The case, June Medical Services LLC v. Russo, centered around whether Louisiana could place “health and safety” restrictions on abortion clinics operating within the state, requiring, among other things, that doctors operating at those clinics have admitting privileges at a local hospital so that patients experiencing a medical emergency, above and beyond what an outpatient or ambulatory care clinic could handle, could effectively treat or consult on that patient in a hospital setting.

The majority said the law, similar to a Texas law struck down in 2916, runs afoul of the court’s standard in Planned Parenthood v. Casey, which noted that a government could not place an “undue burden” on those seeking an abortion.

“We have examined the extensive record carefully and conclude that it supports the District Court’s findings of fact,” Justice Stephen Breyer wrote in the majority opinion. “Those findings mirror those made in [2016 Texas case] Whole Woman’s Health [ v. Hellerstedt] in every relevant respect and require the same result. We consequently hold that the Louisiana statute is unconstitutional.”

Breyer went on to argue, “Under the applicable constitutional standards set forth in the Court’s earlier abortion-related cases, particularly Planned Parenthood of Southeastern Pa. v. Casey, 505 U. S. 833, and Whole Woman’s Health, ‘[u]nnecessary health regulations that have the purpose or effect of presenting a substantial obstacle to a woman seeking an abortion impose an undue burden on the right’ and are, therefore ‘constitutionally invalid.'”

Roberts wrote up his own opinion on the case, arguing that Whole Woman’s Health itself set the standard for how SCOTUS treats restrictions and makes the excuse that he was required to follow it.

What a bunch of bunk.

“The legal doctrine of stare decisis requires us, absent special circumstances, to treat like cases alike,” Roberts wrote. ‘The Louisiana law imposes a burden on access to abortion just as severe as that imposed by the Texas law, for the same reasons. Therefore Louisiana’s law cannot stand under our precedents.”

The dissenting opinion was authored by Justice Clarence Thomas and was issued on Monday. His opinion noted that the majority ignored a lot of the problems, including whether or not clinics themselves should’ve had a standing to challenge the Louisiana rule to begin with.

“Today a majority of the Court perpetuates its ill-founded abortion jurisprudence by enjoining a perfectly legitimate state law and doing so without jurisdiction,” Thomas wrote in the dissenting opinion.

“The plurality and THE CHIEF JUSTICE ultimately cast aside this jurisdictional barrier to conclude that Louisiana’s law is unconstitutional under our precedents,” Thomas went on. “But those decisions created the right to abortion out of whole cloth, without a shred of support from the Constitution’s text. Our abortion precedents are grievously wrong and should be overruled.”

How far we as a nation have fallen from what it really means to be a moral people. The founders said that the only way to preserve a society like ours is if we are an upright people. Doesn’t appear we meet that requirement anymore, so it’s no wonder we are in the middle of a cultural upheaval.