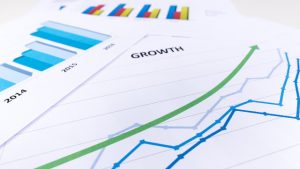 A new report fresh out of the Labor Department says that November say 245,000 new jobs added to the economy with the unemployment rating dropping to 6.7 percent.

While this sounds like good news, the figures in the report are actually much less than what forecasters had expected. In fact, November has the weakest monthly hiring total since April of this year, indicating that job creation is slowing down.

This is likely due to the spike in coronavirus cases and the new restrictions being placed on businesses as many communities are going back on lockdown.

“My concern is we’re not seeing evidence that there are new employers opening and creating brand new jobs. … We’re still backfilling the 10 million jobs that we’re still short from February,” said Jane Oates, the president of WorkingNation, a nonprofit campaign focused on employment, and a former U.S. Department of Labor official in the Obama administration.

The labor market has recovered over half of the 22 million jobs lost in the spring due to the pandemic. Oates said that with the current pace of employment, the country will not return to pre-pandemic employment levels for at least another year.

“Do the math: It’ll take us almost a year [from now] to get back to where we were in February,” Oates stated.

Meanwhile, the number of long-term unemployed increased by 385,000 in November to 3.9 million and accounts for 36.9% of the total unemployed. Workers also left the job market last month, as the participation rate edged down to 61.5% and is 1.9% below its level in February, before the pandemic hit the nation.

The number of folks who have been put out of work that still want a job has risen by a staggering 448,000 to put the total number up to 7.1 million. That’s 2 million more than we had in February.

What this is telling us is that COVID-19 restrictions are proving to be just as lethal to our society as the virus itself. And that’s not to belittle the severity of the illness, but to point out that it’s not only killing people, but businesses and companies too.

It’s just as dangerous to experience an economic collapse as it is getting physically ill.

Here’s to hoping the spike dies off and we end up getting back on track economically.