Jobless Claims Back On The Rise, Hits 1.4M After Weeks Of Decline 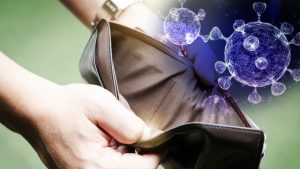 The Labor Department released a new report concerning jobless claims this week and things aren’t looking as good as they were a few weeks ago. There was a significant increase from 1.3 million to 1.4 million after weeks of that number being in sharp decline.

Much of this is still the residual effects of the coronavirus shutdowns that caused severe economic distress during the weeks everything was closed down. For some time it looked like things were coming back strong, but this new increase could be a sign of trouble on the horizon.

Thursday’s report marked the first weekly increase in jobless claims since the end of March, when new applications peaked at 6.9 million, a troubling sign of danger for the economic recovery.

The uptick in jobless claims comes as some states have reversed reopening plans for their economies. Coronavirus hot spots had the highest number of claims. For the week ending July 11, claims were over 65,000 in Florida, more than 33,000 in Georgia, and roughly 20,000 in California.

On top of these are the nearly 1 million new claims for the $600 Pandemic Unemployment Assistance for the week ending July 18, an increase of nearly 20,000 from the prior week.

One thing is absolutely certain. We cannot afford another shutdown over this virus. If that happens, the economic consequences will be disastrous. We’re talking a possible full collapse, which would result in a whole lot more unrest than we’re already seeing across the country.

We have to fight tooth and nail to avoid that particular action, encouraging governors to keep reopening businesses and allowing folks to work and provide for their families. It’s hard, but we must push forward. Closing up shop is not an option.

There’s also no way we can continue to print funny money and hand it out willy-nilly to try and keep people afloat during such a situation. So that solution is off the table too.