Jim Carrey Tries to Slam Ted Cruz, But it Backfires in the Best Way Possible 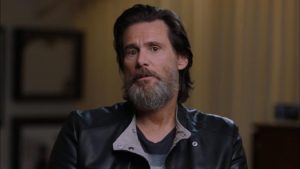 Remember way, way back in the day when actor Jim Carrey used to be really, super funny and entertaining to watch? Those were the good ole days, weren’t they?

Unfortunately, Carrey has traded in entertaining folks for being a political activist, often times creating creepy paintings to take his twisted left-wing ideology and give it a more visual representation.

Recently, Carrey decided to take a swing at Texas Sen. Ted Cruz by creating a drawing of him as a “bloodsucker” vampire being put out of his misery by his Democratic opponent, Beto O’Rourke.

However, Cruz had a zinger of his own.

“Go Beto! Go Democrats! Vote like there’s no tomorrow,” Carrey tweeted alongside the image. “Let’s make this Tuesday like the end of every great vampire movie. Pull back the curtains and let the sunshine turn all those bloodsuckers to dust.”

Wait, before you say, “Huh, that seems like a call to violence,” remember that Carrey is a liberal and the liberal mainstream media would never think of calling him out for the clearly violent depiction.

Go Beto! Go Democrats! Vote like there’s no tomorrow. Let’s make this Tuesday like the end of every great vampire movie. Pull back the curtains and let the sunshine turn all those bloodsuckers to dust. pic.twitter.com/WWwspze5fU

But Cruz, who’s actually a bit funnier than Carrey is now, had his own zinger ready.

“Hollywood liberals all in for Beto. But (self-described socialist) Jim Carrey made a mistake here: Vampires are dead, and everyone knows the dead vote Democrat….” Cruz wrote Monday on Twitter.

Hollywood liberals all in for Beto. But (self-described socialist) Jim Carrey made a mistake here: Vampires are dead, and everyone knows the dead vote Democrat…. https://t.co/pz2g4RYmMp

That’s a heck of a good comeback. It’s not surprising to see something like that come from Cruz who has a sharp wit and intellect well sharpened over the years he’s had dealing with Democrats, but dang, that is pure genius.

For those who might not get it, Cruz is referencing the fact that it seems the Democratic Party has a tendency to conjure the spirits of the dead to vote in elections, because the names of many deceased show up on voter rolls.

Of course, Carrey, who doesn’t like to be shown up, responded with this:

“Wow…sorry I rattled your chain, @TedCruz,” the actor wrote on Twitter. “I thought you would have more important things to do two days before an election — like sucking up to the guy who called your wife ugly and accused your dad of murder. But I get it! It’s hard to say no when Trump grabs ya by the p—-!”

This is supposed to be comical, but really, it’s just juvenile. Then again, what more should we expect from a man who got famous for playing a character who literally talks out of his butt?