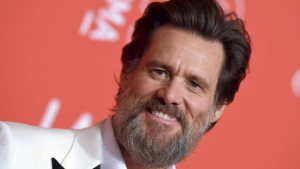 Remember that scene in Ace Ventura when Jim Carrey talked out of his rear?

It doesn’t translate well to political discussions, however. Nonetheless, Carrey is talking out his rear once again, this time, encouraging us to “just say yes” to socialism.

Just say NO to socialism, kids.

Carrey, appearing on Bill Maher’s HBO show “Real Time”, told the host that “We have to say yes to socialism, to the word and everything. We have to stop apologizing.”

Video: Actor @JimCarrey on HBO’s #RealTime: “We have to say yes to socialism, to the word and everything. We have to stop apologizing.” #TTT pic.twitter.com/g1BzB4pHue

Those who seek to implement authoritarian socialistic policies in the US apologize because they’re trying to hide the fact that they’re socialists. There’s a reason people apologize for being socialists. It’s because socialism sucks.

Of course, Carrey is a massively wealthy Hollywood elitest who has benefitted greatly from capitalism, and seem to completely miss the irony when he went on to brag about his Nikes.

No, I’m not even kidding:

“’Check this out,’ Carrey said, joining the episode as the midpoint guest,” Western Journal reports. “He propped his feet up on the desk, showing off his shoes and saying, ‘I went out today and bought me some Nikes, some freedom-friendly Nikes — a salute to Colin Kaepernick, to Nike. Congratulations …'”