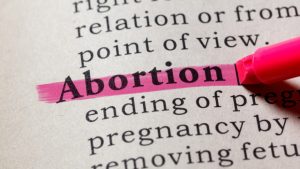 According to Jenna Ellis, a constitutional attorney, the Department of Justice is likely going to try and do something about the new abortion law in the state of Texas due to the Democratic Party talking point that says abortion is healthcare.

However, Ellis said, both House Speaker Nancy Pelosi and President Joe Biden need to remember what the correct definition of federalism is and what it all entails for the federal government and their authority.

“The actual definition of abortion is that it’s an elective procedure that’s a medical intervention specifically designed to cause the death of an unborn child, so that’s what we’re really talking about,” Ellis stated while talking with the hosts of Newsmax‘s “Cortes & Pellegrino.”

“This is of course going to be challenged. It’s been a hot-button issue from the left, and of course the right, that wants to protect life. My hope is that with the 5-4 majority on the Supreme Court now, they are going to apply the Constitution faithfully and with dignity and actually protect life,” Ellis went on to say.

Most Republicans oppose abortion, one of the most divisive issues in the United States, and many have urged the U.S. Supreme Court to overturn Roe v. Wade, the landmark decision making it a woman’s constitutional right.

White House spokeswoman Jen Psaki told reporters Biden will consult with lawmakers on legislation to protect women’s right to abortions, adding a range of approaches were under review, including the Women’s Health Protection Act to be voted upon by the House.

Republicans in the Senate are likely going to filibuster the bill in a chamber that is pretty evenly split along party lines. Democrats are also worried that Sen. Joe Manchin might side with Republicans and vote against it as well.