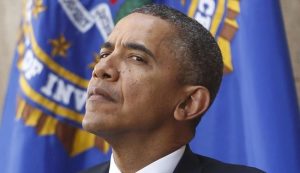 While it certainly would have saved us a heck of a lot of time to have observed that Obamacare is totally unconstitutional half a decade ago, opponents of the awful health “care” plan were vindicated last week as a Texas court ruled against the ill-fated law.

Considering Obamacare was arguably the worst thing Obama did for our country (and the competition is stiff considering he was such a terrible president), this is definitely good news, at least for Texans.

We’re hoping it will soon turn in to good news for all Americans if it reaches higher courts (since Congress has proven too weak-spined to do anything about it, even with a Republican majority).

If it does, and Obamacare is at long last overturned, this is very bad news for Obama’s legacy, as the conservative actor and Twitter powerhouse James Woods recently observed:

If indeed ObamaCare were to be ruled unconstitutional by the appellate courts and, finally, the Supreme Court, Obama’s legacy would at last be wiped clean. It would be as if he never existed. https://t.co/Bc8cWtgepu

Let that sink in, and try not to get too excited: if Obamacare were to be ruled unconstitutional by the Supreme Court, it would be as if Obama were never President.

How cool would that be?!

Much to the chagrin of Democrats, Trump has already made great strides in erasing POTUS 44’s legacy, from rescinding executive orders to pulling out of the Paris Climate Accords to ending the God-awful Iran deal.

Kissing Obamacare goodbye would not, however, be Trump’s victory–it would be the American people’s victory.