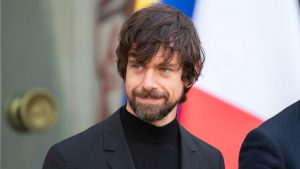 Twitter’s stock prices soared on Monday morning after a report hit stating that Jack Dorsey would be stepping down as the company’s CEO.

Dorsey then confirmed the report on Monday in a tweet, of course, citing his belief that the social media company should be free from its founder, despite the current “founder-led” culture that is happening among many businesses.

He then cited the strength of the company on its own as one of the reasons he decided to resign.

“I want you all to know that this was my decision and I own it,” Dorsey stated in an email. “There aren’t many founders that choose their company over their own ego. I know we’ll prove this was the right move.”

After CNBC reported that Dorsey’s departure was imminent, Twitter’s share price rose by 11%, although that spike has since settled down.

He will be succeeded by Twitter’s chief technology officer, Parag Agrawal . Bret Taylor will become the board chairman.

Agrawal said he looks forward to serving as the next CEO in a press release .

“I want to thank the Board for their confidence in my leadership and Jack for his continued mentorship, support, and partnership,” he said in the release. “I look forward to building on everything we have accomplished under Jack’s leadership and I am incredibly energized by the opportunities ahead. By continuing to improve our execution, we will deliver tremendous value for our customers and shareholders as we reshape the future of public conversation.”

Dorsey went on to reveal that he would be resigning from the board in May, which is at the end of his current term, in order to help make the transition easier. However, he stepped down as the company’s CEO effective immediately.

“Until Monday, Dorsey served as the CEO of both Twitter and Square, a digital payment company. The founder of Elliott Management, a key stakeholder in Twitter, previously called for Dorsey to step down from either Twitter or Square,” the report said.

Elliot Management tried to get Dorsey replaced as the company’s CEO back in 2020, however they ended up reaching a deal with management.