Ivanka Trump Will Not Be Challenging Sen. Marco Rubio For His Senate Seat 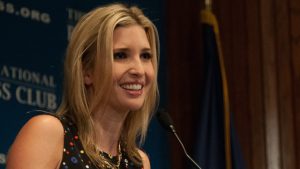 Former White House adviser Ivanka Trump, daughter of former President Donald Trump, will not be running against Florida Republican Sen. Marco Rubio in 2022 despite some speculation that started due to her moving to the state.

“Marco did speak with Ivanka a few weeks ago,” said Rubio spokesperson Nick Iacovella. “Ivanka offered her support for Marco’s reelection. They had a great talk.”

An unnamed spokesperson for Rubio’s campaign told Fox News, “I can also confirm that we are discussing a joint event to highlight Marco and Ivanka’s successful push to expand the Child Tax Credit.”

A source close to the former White House staffer confirmed the conversation to the Times, and noted that Ivanka Trump had never seriously considered a run for Senate.

In a recent statement from former President Donald Trump, he called Rubio a “good personal friend and I know he will continue to drive meaningful progress on issues we both care deeply about.”

Rubio responded by thanking Ivanka Trump for her “friendship” and for working with him while being a part of her dad’s administration.

Hey, at least Rubio is a loyal friend to Trump instead of acting like Mitch McConnell and completely flipping on him and revealing himself to be a fake and a fraud, right?