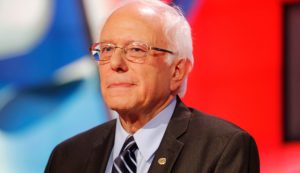 Sen. Bernie Sanders, the infamous socialist Democrat from the state of Vermont, is now saying that his initial $6 trillion infrastructure proposal was “probably too little,” and then stated he feels the current $3.5 trillion social spending package should just “be a minimum.”

Because, apparently, there are trees in Washington, D.C., that are sprouting money instead of leaves. Or maybe it’s the Federal Reserve printing presses?

“The $6 trillion that I originally proposed was probably too little. Three and a half trillion should be a minimum. But I accept that there’s going to have to be give and take,” Sanders went on to state during an interview he did Sunday on ABC News’s “This Week,” making a reference to the plan he revealed over the summer.

​​Moderate and progressive lawmakers within the Democratic Party have been at loggerheads over a $1 trillion infrastructure plan and the $3.5 trillion social spending package. The bill as it stands now includes progressive programs such as tuition-free community college, expanded Medicare, and a universal preschool program.

Despite the intraparty fighting, Sanders said, “we’re going to win this thing,” adding that the American people are “very, very strongly on our side.”

Lawmakers on Capitol Hill were set to vote last week on the two bills, which make up central pillars of President Joe Biden’s agenda.

At the week’s beginning, Biden confidently predicted passage — after all, Democrats effectively control both the House and the Senate, which had already passed the infrastructure bill by a vote of 69-30.

During a conversation with the media at the White House, the president admitted that his economic plan “has very much been curtailed by a whole range of things,” going on to note it would take some time, but stated that both the infrastructure bill and the budget bill must be enacted.

Sen. Joe Manchin of West Virginia has been a critical vote to nab for Biden in the 50-50 split Senate. However, Manchin really put a kink in the president’s plans when he stated that the spending plan was the “definition of fiscal insanity.”

The West Virginia senator then stated that every single person who serves in Congress has a duty to do what is best for the nation, not their political party, going on to remind everyone he’s said for months that he cannot support the $3.5 trillion spending legislation.

“At some point, all of us, regardless of party must ask the simple question – how much is enough?” Manchin commented. “What I have made clear to the President and Democratic leaders is that spending trillions more on new and expanded government programs, when we can’t even pay for the essential social programs, like Social Security and Medicare, is the definition of fiscal insanity.”

“Overall, the amount we spend now must be balanced with what we need and can afford – not designed to reengineer the social and economic fabric of this nation or vengefully tax for the sake of wishful spending,” Manchin finished.