It’s….BETOMAN! Texas Artist Unveils Mural of O’Rourke As a Superhero 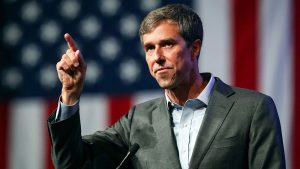 You knew that the Democrats were placing a lot of faith in Beto O’Rourke, but this Texas artist just revealed exactly how much.

A local artist has painted Beto as a superhero, coming “out of the darkness and into the light.”

Because it sure seemed to weaken him that time he plowed his car into a truck when he was absolutely smashed.

A mural depicting Texas Senate candidate Beto O’Rourke (D) as a superhero appeared in Austin ahead of the midterm elections.

Artist Chris Rogers has been at work on the mural for weeks, according to progress documented on his Instagram, but he put the finishing touches on it just as early voting began in the state.

The mural, located in East Austin, features O’Rourke, a rising Democratic star, standing in front of a Texas flag with his shirt unbuttoned to reveal a “B” emblem, reminiscent of Superman’s “S.”

“Out of the darkness comes the light,” Rogers wrote of the mural, which is entitled “Beto For Texas.”

Rogers said that the mural took 40 hours to paint, according to Austin Monthly.

So, someone with enough time on their hands to spend 40 hours painting a picture of a Senate candidate as a superhero is voting for a socialist, color me surprised. 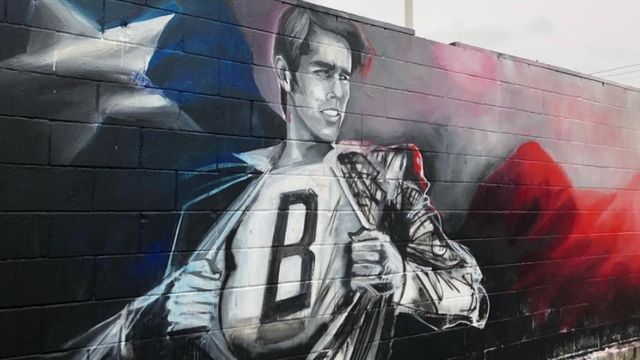