Is Satan a Democrat? 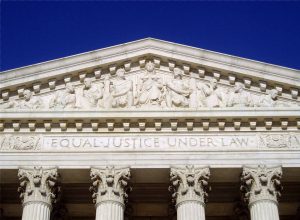 Once upon a time, elected officials from different parties worked together for the good of the nation. They were Americans first, even if they took different routes to reach common goals. Today, the country and the electorate seem to hardly concern our lawmakers. The party and its agenda come first. So, who controls those agendas, and where are they taking us?

Playing possum seems to be the Republicans’ main goal recently. The situation in this country might be different if that meant they dug their teeth into something and didn’t let go until sundown, as possums are known to do. Unfortunately, that’s not the case. As a party, the GOP seems determined to roll over and play dead instead of confronting tough issues head on, as they were elected to do. Kind of like a possum hissing and bowing up, they talk a good fight at election time. When it comes time to put their money where their mouths are, however, they keep that possum imitation going and just go limp, hoping the threat will pass without doing them too much harm.

Democrats, on the other hand, seem to have a fairly solid agenda going. They want to rip the foundation right out from under not only America, but Western civilization as a whole so they can rebuild it according to their vision. And, even though they abhor firearms of any type, they will be perfectly happy to accomplish their goals with the business end of a gun.

The group leading this charge call themselves progressives, but words are important, and real progress is the last thing they want. Therefore, they will be leftists throughout this particular missive.

So, who are these leftists, and what are they trying to achieve? They claim to want choice and individual freedom. In fact, they teach their pet groups that society is stronger when uniform standards of behavior are abandoned and everyone is forced to accept whatever aberrant behavior each individual prefers. Despite the number of federal buildings in Washington, DC that have either a scripture verse or the name of God engraved in stone, concrete, or wood, they work tirelessly to eradicate both God and Christianity from our nation and its history. They thrive on controversy, and take great pride in setting race against race and class against class. Apparently, political power isn’t found in harmony.

As a party, you might say the leftists “…actively fight for individual sovereignty and secular values.” In fact, a case could be made that they “…embrace a large diversity of individuals from a wide spectrum of political and cultural backgrounds, but [believe] all [are] unified by…respect for individual rights and pluralism.” It’s not hard to imagine the leftists claiming that, “It is axiomatic within [the left] that individuals must be judged for their own actions and for their own merits.”

Actually, another group published those words to describe themselves and their agenda. When seeing which group it was, it would be easy to say, “No, that’s not possible.” First, however, let’s take a look back to the 2012 Democratic National Convention in Charlotte, North Carolina. According to reports at the time, delegates booed God. In reality, that wasn’t quite the case.

The party platform, when presented at the convention, specifically excluded God and failed to acknowledge Jerusalem as the capital of Israel. At some point, party leadership realized that their rank-and-file voters lived outside the vacuum inhabited by the elitists who fashioned that particular disaster. They ordered an amendment be introduced and voted on to correct their mistake.

After the voice vote failed twice, Los Angeles Mayor Antonio Villariagosa, who was in charge at the time, declared victory for the “ayes” despite the third vote most likely being a tie, at best. That’s when delegates stood and booed. Much like the 2016 Presidential primary, a Democrat official simply pushed his agenda through despite the votes of party members.

So, with this in mind, which group published the descriptions used earlier? The words were written for the Washington Post by a man named Lucien Greaves. He is the co-founder of the Satanic Temple. They bill themselves as a “…an international nontheistic religious organization advocating for secularism and scientific rationalism.” Sound like someone else? A lot more could be said here, but sometimes less is more.

Before you belt out either, “Amen!” or, “Hell no!” stop. Examine. Be a thinker, not a sheeple. Sheeple follow the wide, easy path, and we all know where that leads.