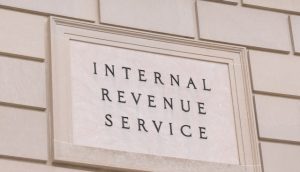 The IRS, which has to be the most hated agency in our government, announced on Monday that will now allow taxpayers to opt out of the facial recognition technology requirement it cooked up after getting a lot of very strong pushback from Americans.

The statement was released on the IRS website Monday morning in response to the concerns being raised by taxpayers as they prepare their 2021 tax returns.

“The IRS announced today that a new option in the agency’s authentication system is now available for taxpayers to sign up for IRS online accounts without the use of any biometric data, including facial recognition. This is consistent with the IRS’s commitment earlier this month to transition away from the requirement for taxpayers creating an IRS online account to provide a selfie to a third-party service to help authenticate their identity,” the IRS revealed in its statement.

“Taxpayers will still have the option to verify their identity automatically through the use of biometric verification through ID.me’s self-assistance tool if they choose. For taxpayers who select this option, new requirements are in place to ensure images provided by taxpayers are deleted for the account being created. Any existing biometric data from taxpayers who previously created an IRS Online Account that has already been collected will also be permanently deleted over the course of the next few weeks,” the statement said.

The Login.Gov system is expected to be operational by the time taxpayers file 2022 taxes.

“While this short-term solution is in place for this year’s filing season, the IRS will work closely with partners across government to roll out Login.Gov as an authentication tool. The General Services Administration is currently working with the IRS to achieve the security standards and scale required of Login.Gov, with the goal of moving toward introducing this option after the 2022 filing deadline,” the statement added.

The latest news from the IRS is a fairly sharp contrast from reports that came out a month ago stating that the IRS would be forcing taxpayers to upload a photo in order to access certain tax related tools.