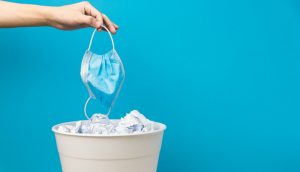 Republican Gov. Kim Reynolds of Iowa has officially signed into law a bill that will ban mask mandates in schools, cities, and counties, adding her state to an ever growing list across the United States that are taking similar actions in a move to try and take action against future mask mandates that could come down the line.

The Iowa House passed the legislation by a vote of 53-35. The law sailed through the Senate with a vote of 29-17. It was then put into a broader education bill that would help to increase open enrollment in the state.

The law reportedly makes it so that Iowa school district leaders cannot enforce mask mandates on students or staff. Iowa cities and counties are also not allowed to create mask mandates under the new law. House Republicans said the amendment, which they put in the bill on Wednesday night, comes after receiving comments from the public and following updated guidance from the Centers for Disease Control and Prevention (CDC).

“This amendment comes from the citizens of Iowa,” Rep. Dustin Hite, R-New Sharon, said. “They come from my constituents, from your constituents — I’ve lost count of the number of emails, the number of messages, all of that that I have received on the topic.”

Democrats who were against the bill said that it could end up harming teachers and students and argued that it encroaches too far into the decisions made by local government officials. They added that it could also impair the capability to react to other future public health problems.

“We don’t know what’s coming down the road,” Rep. Christina Bohannan, D-Iowa City went on to say. “And we shouldn’t tie the hands of local governments and school boards in responding to any kinds of future illnesses or threats.”

“The state of Iowa is putting parents back in control of their child’s education and taking greater steps to protect the rights of all Iowans to make their own health care decisions,” Reynolds said in a recently released statement. “I am proud to be a governor of a state that values personal responsibility and individual liberties. I want to thank the Iowa Legislature for their quick work in bringing this bill to my desk so that it can be signed into law.”

It’s so encouraging to see folks trying to return our culture and society back to normal in the aftermath of the coronavirus pandemic. For awhile there it seemed that Democrats had usurped so much power and authority that we would never again return to our normal way of life.

Here’s to hoping even more states get on board with moves like this.