In Illinois, Educators Are Flocking to A New Kind of Teacher Training 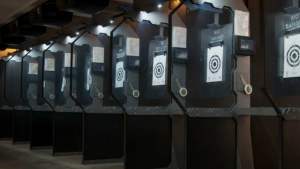 “None of us ever want to have to use our guns. All of us want to protect our kids.”

Isn’t that why most Americans chose to train with and carry firearms?

Since the Parkland shooting in February, whether or not teachers should be armed has been a hotly contested topic in the nation. Even the pro-2A crowd has their doubts about arming educators, advocating instead for armed security in our nations’ schools.

The truth is, there is no one perfect solution to such a multi-faceted issue as school shootings, as there is no single issue that seems to have contributed to the recent high-profile shootings we have seen in the last few years. Everything from pharmaceutical medications to fatherless homes to incompetent Sheriff’s departments (ahem, BSO) to poorly secured school entrances provide us with factors we could theoretically manipulate to get the result we want: safer schools.

But the fact that teachers out there care so much about their students they’re willing to train and arm themselves to defend their classroom against the inevitable, when that was most likely never an aspect of their career path they’d ever considered, definitely tells you something.

Especially when you consider that Illinois teachers, who can’t even legally carry on campus, are still flocking to firearms training with the hopes that they can eventually play a role in securing their schools.

Conservative Review has the story:

“Across the state, businesses have begun offering free concealed-carry training sessions to teachers and school staff members,” the Times reported. One class reached capacity within two hours of posting it, and there is now a waiting list of approximately 40 more educators.  “None of us ever want to have to use our guns,” said teacher and firearms student Julie Smith. “All of us want to protect our kids.”

Gun rights group IllinoisCarry is advocating for a resolution known as the Student Safety and Protection resolution, which would allow teachers who have gone through substantial background checks and have 83 percent shooting accuracy to carry concealed on school property.

In this fallen world, there’s no perfect solution to prevent the unthinkable, but as Americans, we should know better than to turn our public learning institutions in soft targets for crazed madmen or seriously mentally ill teens.

If our gun-shy (pun intended) politicians want to drag their feet when it comes to actually addressing the very serious problem of school security, clearly these teachers are willing to take matters into their own hands. And good on them for doing so.