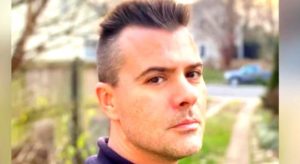 According to new reports, the Russian national who was arrested and charged last week as part of special counsel John Durham’s investigation into the source of the Trump-Russia probe, has decided to plead not guilty to five counts of giving false statements to the FBI.

Igor Danchenko, 43, entered his not guilty plea in the U.S. District Court for the Eastern District of Virginia, located in the city of Alexandria, just six days after he was arrested by federal law enforcement officials.

“JUST IN: Durham target Igor Danchenko pleads not guilty to 5 felony charges of lying to FBI in Trump-Russia probe. Trial set for April 18, 2022,” Politico senior legal affairs reporter Josh Gerstein went on to say in a post published on Twitter.

Danchenko is considered the primary researcher of the Steele dossier. The charges against the Russian citizen and Virginia resident stemmed from statements relating to the sources he used in providing information to a United Kingdom investigative firm that prepared what are identified in the indictment as “Company Reports.”

Durham was appointed by former Attorney General William Barr to probe the FBI’s investigation into Russian interference in the 2016 presidential election.

A new round of subpoenas came after Durham charged Hillary Clinton’s former campaign lawyer Michael Sussmann in an indictment alleging he lied to federal investigators in September 2016 when he gave them data that he claimed showed a connection between the Trump Organization and Alfa Bank in Russia.

The discredited Steele dossier was created as part of a Democrat effort to discredit former President Donald Trump’s election victory.

The Steele dossier was basically a bunch of reports that contained a compilation of rumors and unproven assertions about Donald Trump. The information in these reports came from Danchenko, who passed all of these rumors on to former British spy Christopher Steele, who then handed the dossier over to the FBI.

The FBI then ran with that information and used it to help secure secret surveillance court orders for former Trump adviser Carter Page.