Hungary Nixes Gender Studies From Universities…Sounds Like a Solid Plan 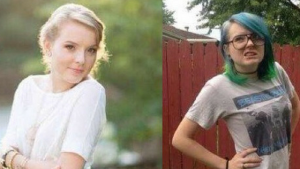 American Universities should take note. Although to be fair, our gender studies beast over here in the US may be much, much bigger and more influential than Hungary’s.

Still, their higher learning institutions seem to have realized something millions of American college students signing up for SJW-sounding classes do not: gender studies has no place in the real world.

The Hungarian government is discontinuing programs in gender studies at state-run universities after determining the programs serve no identifiable purpose and are based on “ideology rather than science.”

Bence Rétvári, Secretary of State of the Ministry of Human Resources (EMMI), said that university degrees must be rooted in a scientific basis, whereas gender studies, “like Marxist-Leninism,” are more aptly termed ideology than science, and are inappropriate matter for university-level education.

A spokesman for the Hungarian government told Breitbart News that there is no demand for gender studies graduates in the Hungarian job market.

“There is no economic rationale for studies such as these,” he said, and nor does the program “furnish students with skills that can be readily and directly converted on the labour market.”

Meanwhile, in the US, students continue to flock to courses that offer this ideology, and it’s an ideology that has completely destroyed the ability of many young women, and even some men, to think straight.

Perhaps it’s why Alexandria Ocasio-Cortez, the left’s current poster girl, dismissed an invitation from Ben Shapiro to have a healthy intellectual debate as “catcalling.”

When young women are taught how to consider themselves victims and demand they get everything for free, they’re definitely not going to do well in the workforce.

Or life in general.

Can we puh-leeze do this in the US too?