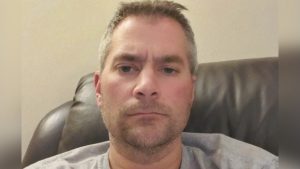 Hundreds of police officers and other emergency responders lined the streets near the Capitol building in Washington D.C., during the night to honor a fallen U.S. Capitol Police officer who died due to the riot that took place on Wednesday.

The law enforcement professionals who showed up to pay their respects participated in a moment of silence around midnight for Officer Brian D. Sicknick. He was the fourth individual to die since the police force was founded almost 200 years ago.

Sicknick was also the fifth death related to the riot.

Reporter Mike Valerio of WUSA 9 posted a video of the officers standing by the road around midnight on Thursday, with their car sirens running silently in tribute.

Valerio described the display as “stunning.”

Capitol Police confirms that one of its own officers died tonight after being injured in yesterday’s riots sparked by pro-Trump extremists. pic.twitter.com/FqgAWCwZpK

“The entire U.S.C.P. department expresses its deepest sympathies to Officer Sicknick’s family and friends on their loss, and mourns the loss of a friend and colleague,” the force said in a statement.

A coalition of Capitol Police, the Metropolitan Police and federal agencies will handle the investigation.

“Our thoughts and prayers are with the family and fellow officers of U.S. Capitol Police Officer Brian D. Sicknick, who succumbed last night to the injuries he suffered defending the U.S. Capitol, against the violent mob who stormed it on January 6th,” Acting Attorney General Jeffrey A. Rosen said in a statement. “The FBI and Metropolitan Police Department will jointly investigate the case and the Department of Justice will spare no resources in investigating and holding accountable those responsible.”

Speaker Pelosi has ordered the flags at the U.S. Capitol to be flown at half-staff due to the death of Capitol Police Officer Brian Sicknick.

Political leaders will also be paying tribute to Officer Snicknick, including Speaker of the House Nancy Pelosi who will order flags that are flown at the Capitol to be lowered to half-staff.

This is a sad and tragic loss. Officer Snicknick did his job and sought to protect people under his charge. All of the violence that transpired Wednesday was unnecessary. Better avenues of political expression were available to the individuals who got involved in this violence.

Prayers for the Snicknick family.