How Do Americans Really Feel About Birthright Citizenship? 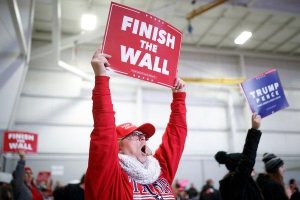 Unless you’ve been living under a rock for the last few days (and it must be a truly peaceful, comfortable rock, if so), you’ve probably heard what the mainstream media and left-wing pundits (but I repeat myself) think about Trump’s proposal to end birthright citizenship.

But how do Americans feel about it?

Americans, you know, the regular, everyday people who live, work, and pay taxes here, whose lives are undoubtedly more seriously impacted by waves of illegal immigrants than anyone in Washington DC ever will be?

Turns out, the outrage the far left and the major news networks (again…I repeat myself) are whipping up a lot of outrage over ending birthright citizenship that doesn’t necessarily reflect how Americans feel.

While recently polling on the issue is sparse, C-SPAN’s Washington Journal, which is not exactly a right-wing outlet, put out a Twitter poll on Wednesday.

The final results showed resounding agreement with the president that birthright citizenship should end. A total of 6,683 participants, or 72%, answered “yes”; and 2,6000 participants, or 28%, responded “no.”

This is an issue that Americans apparently feel more strongly about than ever before.

In 2010, a CBS poll indicated Americans were largely split on the issue.

More recent polls indicate that support changes based on whether or not the support is framed in the context of changing the constitution to end birthright citizenship, as the Daily Wire noted, which is what’s currently up for debate.

The reason, of course, that libs are particularly riled up about Trump’s recent proposal is he’s claiming to be able to end birthright citizenship via executive order, while many claim this can only be done via constitutional amendment.