How Can Professionals Treat “Trump Derangement Syndrome” If They’re Affected Themselves? 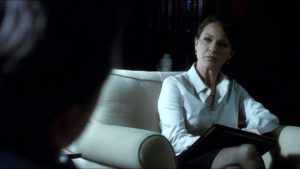 We’ve been saying it for years now, and it continues to be true: Trump Derangement Syndrome (TDS) is reaching epidemic proportions.

It may seem like a cute nickname the right has come up with to describe the clearly unhinged state of our leftist counterparts, but ever since Trump was elected, there have been reports of people actually seeking therapy because they’re actually that upset about Trump being president.

Sure, TDS isn’t a legit psychological diagnosis yet, but there are still people seeking treatment for it.

There’s only one problem, as John Ellis of PJ Media recently pointed out: what if the professionals have TDS too?

“I must confess that the absurdities that are the product of the left’s Trump Derangement Syndrome continue to astound and amuse me,” he writes.

“Neither response is probably good or helpful, though. At this point, I shouldn’t be astounded at the depths of stupidity to which leftists afraid of Donald Trump will descend. In a similar vein, I shouldn’t be amused by TDS because it has real-world consequences, but more on that in a bit,” he continues.

He references a recent article in the Washingtonian, “DC Types Have Been Flocking to Shrinks Ever Since Trump Won. And a Lot of the Therapists Are Miserable.”

The article reveals the stunning black hole in the middle of the psychological profession when it comes to “treating TDS” as it were.

The National Association of Social Workers’ code of ethics describes “social justice” as a primary core value of the profession, and all the social workers I spoke to (as well as many of the psychologists) viewed this work as fundamental: How can you heal an individual without also seeking to heal the culture?

Here’s the thing: “Trump Derangement Syndrome” refers to the suspension of common sense and rational behavior by those who are quite literally emotionally distraught by the fact that President Trump is just that—the president.

These are people who are so out-of-touch with reality that they believe that the United States, the country that has done more to spread peace and liberty around the world, a republic governed by representative democracy where the president has to battle daily with his vehement ideological enemies to further his agenda is a fascist dictator.

So if the professionals who are treating these distraught individuals also have this view of the president…where does that leave us?

Consider this example from the Washingtonian article:

One afternoon last fall, Gail Guttman, a therapist who works in Northwest DC and Montgomery County, was teaching a workshop on couples and sex therapy that took a highly unusual turn. During a break, her students—all licensed therapists themselves, in the class to hone their skills—went into the hallway and checked their phones for the first time since lunch. Some came back crying.
It was September 28, the day after Christine Blasey Ford testified in Congress that Brett Kavanaugh had assaulted her in high school, and the media was now reporting that his Supreme Court nomination would advance to the full Senate for a vote. Many of the therapists in Guttman’s class worked with sexual-assault survivors. Some had past traumas of their own. The news was crushing. Suddenly, no one could concentrate on the lessons at hand.

Nothing tested every American’s sanity more than the Kavanaugh hearings, and many, sadly, did not pass the test.

Rather than view the situation rationally, as the confirmation hearing for a Supreme Court thrown into 11th-hour turmoil by a politically-motivated group of Senators who used a woman with a very poorly-supported story of sexual assault from decades ago and corroborated by no one to try to derail the nomination, they went to feelings.

Now, anyone can sympathize with being morally appalled by sexual assault, and we all should be. But it is the very definition of irrational to suspend any assessment of the facts in a situation because one sympathizes with sexual assault.

Be bothered by Kavanaugh’s politics and ideological positions, if you must. Cling to the stubborn and refuted belief that he did bad things when he was a kid, if you insist. But to be reduced to the inability to concentrate reveals a childish level of narcissism that is dangerous. Unfortunately, as the meat of the Washingtonian article points out, the problem is that those blinded by Trump Derangement Syndrome are leading others blinded by Trump Derangement Syndrome.

This problem goes deeper than simply the blind leading the blind.

When are the blind going to start calling the seeing “deranged” instead?

At some point in the future, it’s not out of the question that the APA will label conservatives as having a mental health disorder. The next order of business, of course, will be “fixing” conservatives. I once wrote how Orwell’s 1984 has become a leftist how-to book. Along those same lines, I’m not convinced that re-education camps to correct the mental disorder of conservatism aren’t part of the leftist’s game-plan.

Now that is disturbing.