How Big is Your Stick? 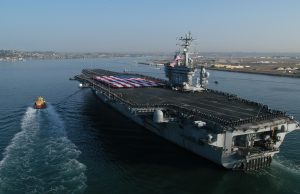 031105-N-8629M-002 Naval Air Station North Island, Calif. (Nov. 5, 2003) — USS Nimitz (CVN 68) arrives in her homeport at Naval Air Station North Island, Coronado, Calif., while friends and family line up to greet their Sailors and Marines. Nimitz flew more than 6,500 missions, sent more than 4,790,000 e-mails and traveled more than 63,500 nautical miles during her extended eight-month deployment in support of Operation Iraqi Freedom. This was NimitzÕs first deployment since their major overhaul in 1997 and since relocating to San Diego in 2001. U.S. Navy photo by Photographer’s Mate Airman Rebecca J. Moat. (RELEASED) 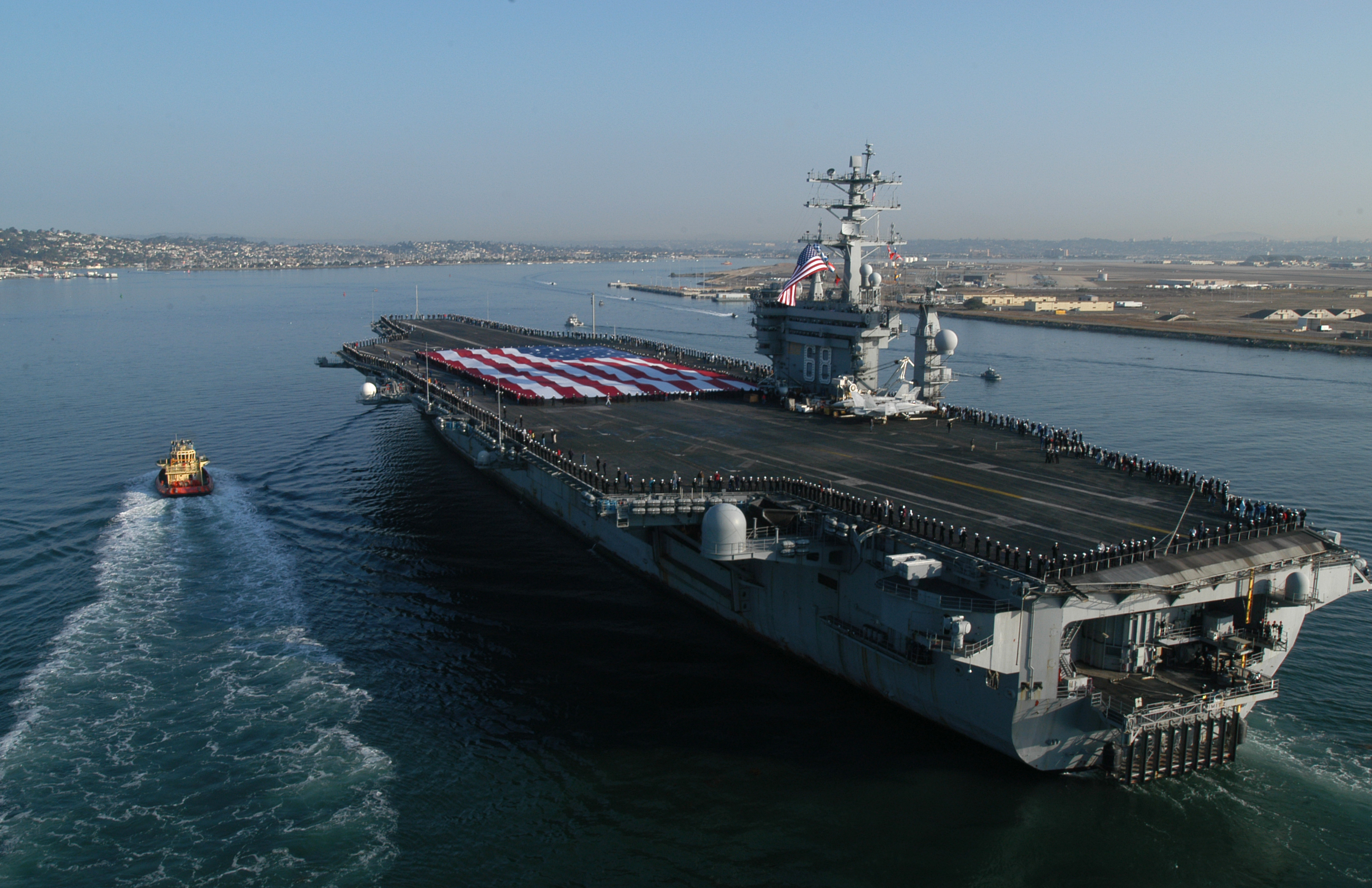 Poor Iran. Much like the American left, they have gotten used to having their way. It’s not hard to see how they might have forgotten that actions – even theirs – carry consequences. The dose of reality served up by the U.S. Navy last week must have been a shock, reminding Iran’s Revolutionary Guard that they no longer have a friend in the Oval Office.

The USS Thunderbolt, a Navy patrol boat, was part of coalition exercises in the Persian Gulf early last week. When an Iranian patrol boat pulled in too close, the Thunderbolt’s crew broadcast multiple warnings and tried several times to make contact. The Iranians refused to respond. They also ignored warning flares and blasts from the ship’s horn.

Finally, the captain ordered warning shots to be fired. According to reports, the Iranian ship came to a halt with no further persuasion. Leaders of the Revolutionary Guard quickly cried foul, claiming the U.S. ship was the aggressor, attempting to “instigate and frighten” the Iranian crew. They used the same rhetoric to defend their actions in a second encounter two days later.

An American aircraft carrier, USS Nimitz, was confronted by Iranian vessels last Friday while on patrol with a single escort. According to Iranian news sources, the two ships intentionally moved too close to an offshore drilling platform owned by Iran. The Revolutionary Guard was, of course, just protecting what was theirs, as anyone would.

The captain of the Nimitz saw things differently, and after trying unsuccessfully to warn the hostile boats away, gave the order to fire warning shots. Again, superior firepower and the willingness to use it succeeded where words failed. The Iranians backed away, and all the ships left the area. 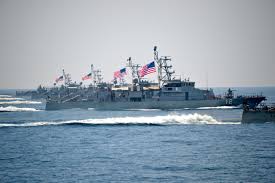 People do what they’re conditioned to do. A child who is effectively disciplined every time he misbehaves will change his ways, or at least carefully consider the consequences before acting. A child who is allowed to run wild with no correction will continue to do exactly that. The Iranians proved this week that adults are no different.

For eight years, Middle Eastern nations, particularly Iran, have been allowed to run wild in their interactions with the United States. They have held U.S. citizens hostage with no significant consequences, even demanding ransoms for their return. Examples include Joshua Fattal, Shane Bauer, and Sarah Shourd, three Americans arrested by Iranian border guards while on a hiking vacation; Robert Levinson, a former DEA and FBI agent; and Pastor Saeed Abedini. While the others were eventually released, Bob Levinson has been missing for more than ten years.

The Navy reports that unsafe encounters between U.S. and Iranian ships have increased significantly over the last few years. Probably the best-known example occurred last year on January 12, when ten U.S. sailors and two patrol boats were captured and detained by Iran’s Revolutionary Guard. In addition to detaining the Americans for fourteen hours, the Iranians released footage showing the captives on their knees with their hands locked behind their heads. Iran’s actions, it seems, carried virtually no consequences. That’s the kind of U.S. “leadership” our enemies have become accustomed to.

President Obama treated the military as a laboratory, existing primarily as a testing ground for his social agenda. President Trump, on the other hand, ran on a platform promising the return of American military might. He put his money where his mouth is when he appointed General James Mattis Secretary of Defense. 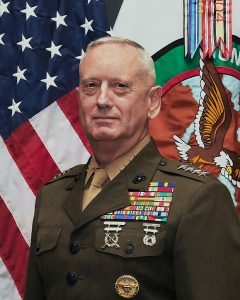 Mattis is all military, and he has the notion that our armed forces are duty-bound to use whatever force is necessary to neutralize any threat the United States might face. Distractions, including social experiments, hurt feelings, and apologies to those who’ve sworn to destroy us, are no longer concerns for Mattis’s military.

Predictably, leftists around the country have worked themselves into a lather, insisting that a foreign policy with America’s safety as its primary goal is already taking us backwards. I’ve always heard that some people just can’t help it; common sense isn’t a flower that grows in everybody’s garden. So, for those harvesting ragweed and thistles, here’s a whole bouquet of common sense.

Teddy Roosevelt described his entire foreign policy when he wrote, “Speak softly and carry a big stick; you will go far.” Our new President has a lot to learn about speaking softly, but he appears to have a good grasp on the big stick. He and Secretary Mattis seem determined to convince both our enemies and our allies of their resolve and quickly rebuild our image around the world. Last week’s encounters with Iran’s Revolutionary Guards was a start.

Let’s hope they get the job before another American life is lost to the foolishness of the last eight years.