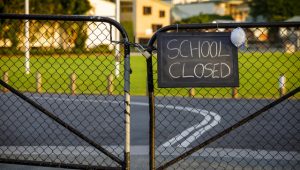 A group of 66 House GOP members have accused President Joe Biden of rejecting the scientific consensus that it is now safe to reopen schools, a move that they claim, with lots of evidence to back it up, hurts children.

Isn’t it funny? Liberals have accused conservatives of rejecting the scientific consensus on COVID-19 and on climate change, though that’s far from the truth, all the while they are the ones turning from the solid scientific data that clearly indicates kids are not super spreaders and rarely ever experience anything above a cold when contracting the virus.

Led by Rep. Jason Smith (R., Mo.), the lawmakers sent Biden a Thursday letter urging him to “follow the science” by pushing state and local leaders across the U.S. to reopen schools. The letter notes that there is “little evidence to show in-person instruction in classrooms contributes to the spread of COVID-19,” citing a January study published in the Journal of the American Medical Association. It also criticizes the Biden administration for contradicting top government scientists. After CDC director Rochelle Walensky said there are “increasing data to suggest that schools can reopen,” White House press secretary Jen Psaki dismissed the comment, claiming Walensky “spoke in her personal capacity.”

“Despite [Walensky’s] expert opinion, your White House continues to ignore the science,” the letter reads. “Our children are suffering, and it is time to allow them to resume their education with in-person instruction.”

The plea comes just hours after the White House clarified its promise to reopen schools within Biden’s first 100 days in office, with Psaki stating Tuesday that Biden’s goal is for a majority of schools to offer “some” in-person teaching “at least one day a week.” Both House and Senate Republicans quickly criticized the walk-back, the latest example of the GOP’s push to place the school reopening fight at the center of the 2022 midterm elections.

“The Biden Administration once again demonstrated that they have no intention of fulfilling the President’s promise to students and families,” Sen. Marco Rubio (R., Fla.) said in a statement. “Having 50 percent of schools offering in-person instruction one day a week is not what millions of parents and students across the nation think of as schools reopening.”

President Biden had promised that he would reopen schools all throughout his presidential campaign, despite the fact he took more than $232,000 in donations from teachers’ unions, the very same organizations that have been leading the charge against in-person learning.

The American Federation of Teachers actually handed out millions of dollars to super PACs that supported Biden. This makes it clear that his hesitancy to open schools is far more about trying to appease special interest groups than doing what is good for American children.

“President Biden should listen to the scientists and put the needs of American families over the needs of special interests,” Rep. Smith said. “But as we have seen, he is more focused on appeasing his liberal allies than supporting kids in school.”

Couldn’t have said it better, congressman.