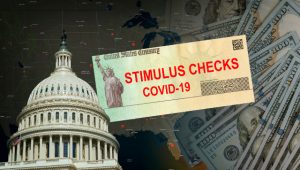 The House of Representatives is set to vote on Monday on a new bill that will send $2,000 checks to Americans instead of the $600 checks that are currently included in the coronavirus relief package that President Donald Trump signed into law Sunday night.

This vote is coming hot on the heels of heavy criticism from the president concerning the measly amount of money included in the original bill in comparison to the staggering amount of foreign aid that was part of the package.

Unfortunately, the vote being held on Monday will not address all this bloated pork spending.

“Now, the President must immediately call on Congressional Republicans to end their obstruction and to join him and Democrats in support of our stand-alone legislation to increase direct payment checks to $2,000, which will be brought to the Floor tomorrow,” House Speaker Nancy Pelosi, D-Calif., said Sunday night.

“Every Republican vote against this bill is a vote to deny the financial hardship that families face and to deny the American people the relief they need,” she added.

The bill the House will vote on Monday was first introduced by Rep. Richard Neal, D-Mass. It’s just a few pages long and simply changes the passages in the stimulus Trump just signed that say $600 to $2,000. That made its enactment dependent on Trump signing the stimulus and spending bill, which was in doubt until Sunday night.

Trump signing the bill into law might relieve enough of the pressure on the GOP in both the House and the Senate to allow them to approve boosted checks.

One thing that’s certain is we cannot afford, as a nation, to continue to push out stimulus checks. The lockdowns and other restrictive measures taken by many leaders across the country to try and slow the spread of the coronavirus have devastated our economy.

Local businesses need to be allowed to fully open so people can get back to work and folks can start producing quality products and services. We need to return to normalcy. Pronto.