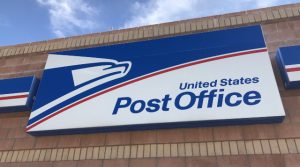 Two Democratic members of the House Judiciary Committee are calling for the FBI to launch an investigation into Postermaster General Louis DeJoy and other members of the board of governors of the United States Postal Service to find out whether or not there have been any crimes committed by these individuals.

This, of course, comes as the radical left continues to push for mail-in voting as an alternative to in-person voting, which they claim is a safety measure to try and prevent the spread of the coronavirus.

Which is hilarious given the fact these folks have not come out and condemned the many, many “protests” — which are large gatherings by the way — where folks are pressed up against each other in large crowds. Because to be consistent here would undermine the racially divisive narrative they continue to push.

Reps. Hakeem Jeffries of New York and Ted Lieu of California made the demand Monday morning as Democrats raise concerns about whether the Postal Service is ready to handle the high volume of mail-in ballots expected for November’s election amid the pandemic.

The FBI should “evaluate whether Postmaster General Louis DeJoy, or Members of the Board of Governors of the U.S. Postal Service, committed any crimes in light of nationwide delays and issues with USPS,” Jeffries and Lieu wrote in a letter to FBI Director Christopher Wray.

One states that anyone caught “knowingly and willfully obstructi[ng] … the passage of the mail, or any carrier or conveyance carrying the mail” could be fined and sentenced to a maximum sentence of six months in prison. The second statute outlines that any person in an administrative position who “uses his official authority for the purpose of interfering with, or affecting, the unionization or the election of any candidate” may be fined and face up to a year in prison.

The FBI has confirmed to media sources that they have indeed received this letter, but did not give any further comment on the situation.

Democrats have railed against the president in recent days, accusing him of removing mail sorting machines and mailboxes as a means of preventing the use of mail-in voting ahead of the November election.

Mail-in voting is dangerous. So much can go wrong. Ballots can easily get lost int he mail, cancelling out the votes of untold numbers of Americans. It’s also much easier to tamper with results, to make certain votes “disappear.” These individuals hate Trump with a passion and are willing to do whatever is necessary to ensure that he doesn’t get a second term.

Pretty sure the whole spygate thing makes that abundantly clear.

The integrity of our voting system must be protected.