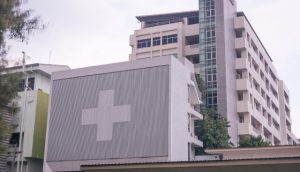 Some of the largest hospital systems in the nation have become so desperate to boost staffing numbers that they have opened their eyes, yanked their heads out of dank, dark, moist places and ditched the COVID-19 vaccine mandates for employees after a federal judge put a temporary halt on President Joe Biden’s mandate for healthcare workers, according to a new report from the Wall Street Journal.

A U.S. District Court located in the state of Louisiana stopped the vaccine mandate for healthcare workers on Nov. 30.

As a result of this common sense decision, hospital operators like HCA Healthcare Inc. and Tenet Healthcare Corp., along with nonprofit organizations including AdventHealth and the Cleveland Clinic, are now dropping the mandates.

Hospitals have struggled to retain enough nurses, technicians, and janitors amid higher COVID-19 hospitalizations due to the delta variant.

The Journal reported that hospital executives, public-health officials, and nursing groups said that vaccine mandates have been a factor in lowering the supply of healthcare workers.

“It’s been a mass exodus, and a lot of people in the healthcare industry are willing to go and shop around,” Wade Symons, who serves as an employee-benefits lawyer and head of consulting firm Mercer’s U.S. regulatory practice, went on to say the Journal.

“If you get certain healthcare facilities that don’t require it, those could be a magnet for those people who don’t want the vaccine. They’ll probably have an easier time attracting labor,” he added.

Thousands of nurses left the industry or lost their jobs rather than get vaccinated, the Journal said.

As of September, 30% of workers at more than 2,000 hospitals across the country surveyed by the Centers for Disease Control and Prevention were unvaccinated.

“We continue to strongly encourage our colleagues to be vaccinated as a critical step to protect individuals from the virus,” HCA spokesman Harlow Sumerford went on to say in a statement to the Journal.

Hospitals were already struggling to fill important spots on their staff before the COVID pandemic started due to burnout, and in the case of nurses, many of them left their positions to seek out higher paying work by going to national hot-spot areas on short-term contracts.

“U.S. District Judge Terry Doughty’s ruled that the Centers for Medicare and Medicaid Services didn’t have the authority to mandate vaccines for healthcare workers. The mandate affected nearly 10 million workers and required all employees at facilities that participate in Medicare and Medicaid to get second shots by Jan. 4,” the report said.

“If the executive branch is allowed to usurp the power of the legislative branch to make laws, two of the three powers conferred by our Constitution would be in the same hands,” Doughty then wrote. “If human nature and history teach anything, it is that civil liberties face grave risks when governments proclaim indefinite states of emergency.

“During a pandemic such as this one, it is even more important to safeguard the separation of powers set forth in our Constitution to avoid erosion of our liberties,” he continued.

The American Hospital Association has estimated that 2,640 facilities, 42 percent of hospitals in the United States, have coronavirus vaccine mandates in place, according to the Journal.