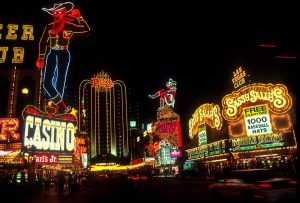 Our nation has grieved for two days now. Except for a few ideologues too enamored of their own dogma to properly grieve the fifty-nine lives lost Sunday night as well as the physical and mental injuries suffered, we’ve been too numb to fight. Now, however, as anger and pain break through the torpor, we will truly be tested. Will our psyches, bound together by shared grief, stand up to the strain? Or, as anger and discord pull us apart, will they snap like so many individual twigs broken by a booted heel on a chilly autumn day?

We’ll never know for certain what drove Stephen Craig Paddock to end his life with an act of pure evil. Everyone will have a theory and, oddly enough, most of those theories will support a specific view or agenda. No matter what people think, though, a person’s heart is known only to himself, if it’s known at all.

What we can be sure of is that Paddock had lost all hope before checking into the Mandalay Bay Resort and Casino and opening fire on the unsuspecting crowd thirty-two floors below. Moving forward, the greatest threat we face is that we, as a people, will allow this killer to steal all hope from our nation just as he stole fifty-nine innocent lives. Adding grief and anger to the already hyper-partisan and hostile environment of our country makes that threat a grave one. It’s important that we protect our families, our friends, and ourselves from despair.

It’s easy to be overwhelmed by the carnage and the harsh words that dominate our national conversation in its aftermath, but every person who ignored their own safety to stand in the gap when bullets started flying is a reason to hang on to hope as tightly as we can. Some were first responders – law enforcement officers who rushed into harm’s way and rescue workers willing to risk their own lives to care for the wounded. One Las Vegas policeman is still in critical condition.

Others were everyday people like Sonny Melton, a registered nurse from Tennessee. He died protecting his wife, Heather. They had been married for one year.

Another was Jonathon Smith, a thirty-year old copy machine repairman who attended the festival with his extended family. Smith said his first concern was making sure his three nieces were safe. When they were separated, however, he saw people who were too confused and scared to get out of harm’s way and ran back to lead them to safety. It’s estimated he saved at least thirty lives before noticing a group of girls who weren’t properly concealed. When he stepped into the open to move them to better cover, he took a bullet in the neck, breaking his collarbone, cracking a rib, and damaging one of his lungs. Mr. Smith was reunited with his family and is recovering.

Vinnie Etcheber, a San Francisco police officer, was in town with his wife, Stacee, and some of their friends. He used lulls in the shooting to push others to safety, then loaded several of the wounded into a truck and took them to get medical help. Despite his best efforts, Stacee did not survive the attack.

Heather Gooze was bartending when a crowd of people rushed in hollering about a shooter. Before she could flee, another group followed carrying wounded people. Gooze helped load the first wave into ambulances. Then, several men left another victim with her and went back out to rescue others. That man, twenty-three-year-old Justin McIldoon of Maple Ridge, B.C., died while she held his hand.

Instead of leaving McIldoon’s body and running away, she found his phone and called his family and his girlfriend, who was locked down in her hotel. Gooze stayed with the body more than five hours, serving as a liaison between his parents and the police. When asked why, she said, “I would never want myself or one of my family members to be left alone.”

Taylor Winston, a twenty-nine-year-old Marine veteran who served two tours in Iraq responded to the shooting as his training and experience dictated. Ignoring the bullets, he helped people over the fence that kept them penned up in the open. At some point, he realized that several vendors’ trucks were close by and decided to try and get one started. Unbelievably, the first one he looked in had keys in the ignition. He loaded as many victims as the vehicle would hold and drove them to the closest hospital, then went back for more.

As other survivors and witnesses tell their stories, we’ll learn of more heroes. Others’ deeds will remain untold, except by those they helped. Over the next days and weeks when we’re told how bad people are, the most important thing we can do is to hang on to hope. Despair and cynicism are more dangerous to our country than Stephen Craig Paddock could ever have hoped to be.

Emily Dickinson gave us a great perspective on hope one hundred twenty-six years ago when she wrote the poem “‘Hope’ is the thing with feathers”:

‘Hope’ is the thing with feathers

‘Hope is the thing with feathers –

That perches in the soul –

And sings the tune without the words –

And sore must be the storm –

That could abash the little Bird

That kept so many warm –

I’ve heard it in the chilliest land –

And on the strangest Sea –

Yet, never in Extremity,