Hillsong Pastor Refuses to Condemn Abortion on The View 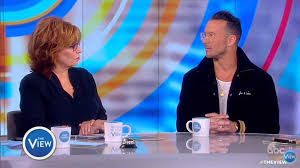 The Daily Caller tells us that megachurch pastor Carl Lentz refused to give a clear answer on whether or not abortion is sinful during an interview on “The View.”

With celebrity parishioners like Justin Bieber, Kevin Durant, and Selena Gomez I’m wondering if Lentz is running a social club instead of a church. Not because of who attends, necessarily, but rather because of the feel-good pablum emanating from his mouth. There’s certainly not much conviction coming from his rhetoric. Especially when you refuse to use your very public platform to speak out against the murder of unborn children.

“Some people would say” abortion is a sin, the Hillsong pastor said in response to host Joy Behar’s question about his church’s beliefs, according to Life News. “That’s the kind of conversation we would have finding out your story, where you’re from, what you believe. … I mean, God’s the judge. People have to live to their own convictions. That’s such a broad question, to me, I’m going higher.”

“To me, I’m trying to teach people who Jesus is first, and find out their story,” Lentz added.

“This position might be received as a moderate stance on the issue or a lack of stance altogether. But in this case, to be on the fence is to be on the side of child sacrifice,” author James Silberman wrote for The Federalist. “‘Live to your own convictions’ is practically the slogan of the abortion lobby. Lentz might as well have said ‘My body, my choice,’ or ‘Keep your rosaries off my ovaries.’”

The Federalist points out that “In June, Planned Parenthood released a video in which leaders of religious institutions stated their support for Planned Parenthood. In typical Hollywood fashion, it entailed speakers taking turns finishing each other’s asinine ideas. “Everything about what Planned Parenthood does speaks to Jewish, religious, ethical values. For me, that’s ministry.”

As America experiences more and more violent and tragic attacks one could argue that God has heard the cries of millions of aborted babies and is returning judgment upon a country that has long since abandoned Him. It would seem the the pulpits and Christian leaders certainly have. Any Christian leader that is intimidated by the questioning of the likes of Joy Behar isn’t much of a Christian or a leader!

Lentz has also been an outspoken opponent of Donald Trump and has been an ardent supporter of BLM.

Lentz recently published his new book, “Own the Moment,” with CNN’s quote, “Not your typical Sunday preacher” decorating its cover. I think I’ll skip it.