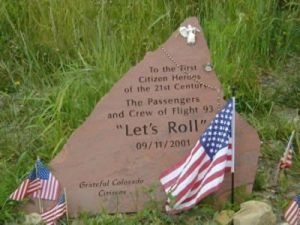 On a busy day, when everything is running behind and the fate of the world seems to depend on getting through traffic or catching an on-time flight, even a small delay can feel cataclysmic. Getting to work late, missing appointments, or failing to make a connection can turn even the most optimistic person into a cantankerous old bear.

Since I’m claustrophobic, the prospect of waiting on the tarmac for more than a few minutes sends me into a panic. It’s hard to think of something worse. Sometimes, though, the most irritating, infuriating, despicable, and terrigying things that happen on a given day are infinitely better than events that would have occurred without the disruption they caused.

United Airlines Flight 93 was scheduled to depart Newark, New Jersey for San Francisco, California just before 8:00am on Tuesday September 11, 2001. Air traffic delays, however, kept the plane on the ground until 8:42am. It’s easy to imagine the passengers’ frustration at the slow start of an already long flight. Would knowing they were about to change the world have caused them to react differently?

We know now that four of the passengers were al-Qaeda terrorists armed with box cutters and knives. Just after Flight 93 finally took off, the first of three other airplanes involved in the attack hit the North Tower of the World Trade Center. Because of the delay in Newark, Flight 93’s pilot and co-pilot were aware of the attacks before the terrorists hijacked the aircraft.

Once the al-Qaeda pilot and co-pilot had locked themselves in the cockpit, everyone on board was herded into the back of the plane and kept under control with the threat of an on-board bomb.  According to interviews with family members, passengers used their cellphones and the plane’s Airfones to tell their loved ones what was happening.

Flight attendant Sandy Bradshaw, a thirty-eight-year old mother of two, called her husband, Phil. Since he was an airline pilot, she wanted Phil to tell her how to handle the situation. He was too stunned to offer much help, especially after she told him what had just happened in New York.

Thomas Burnett, Jr, a thirty-eight-year-old executive on his way home from a business trip, called his wife, Deena. He told her his plane had been hijacked and the terrorists had a bomb, then asked her to call for help. On his next calls, he asked questions about what had happened at the World Trade Center, confirming that airliners had been used to kill large numbers of American citizens.

Lyz Glick set up a three-way call with local police when her thirty-one-year old husband, Jeremy, called to tell her what was going on. He said one of the other passengers had talked to his spouse who said that hijackers were using airplanes as weapons. When he asked if it was true, she reluctantly told him it was. 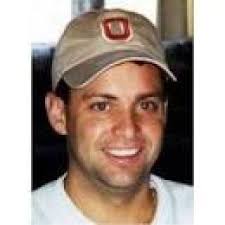 Todd Beamer, probably the best-known passenger aboard Flight 93 that day, used the Airfone to call an operator at GTE-Verizon, the in-flight phone carrier at the time. He was connected to a supervisor named Lisa Jefferson. After giving her all the information he could gather, he told her about his wife, also named Lisa and pregnant with their third child, as well as his two sons, David and Andrew. He told Lisa Jefferson that he’d decided against calling his wife to avoid upsetting her. However, he made Jefferson promise to tell his family how much he loved them if he didn’t survive that day. 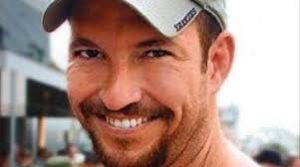 At some point, it became clear to those on board that no one was going to survive. They were part of a terrorist weapon meant to be used against U.S. citizens on our own soil. If their hijackers were successful, even more innocent people were going to die.

A discussion was held. A vote was taken. The decision was made to either take back control of the aircraft or die trying.

At about 9:50am, Lyz Glick listened over the phone as Jeremy, Thomas Burnett, and another passenger named Mark Bingham, a thirty-one-year old business owner, came up with a plan of attack. When her husband came back on the line, she said, “Honey, you need to do it.” He asked her to hold the line until he came back.

Thomas Burnett made a final call to his wife at 10:00am, telling her, “OK. There’s a group of us and we’re going to do something.” When Deena begged him to just keep his head down and hang on, he said, “If they are going to drive this plane into the ground, we’ve got to do something.”

Sandy Bradshaw, still talking with her husband, was in the galley filling pitchers with boiling water for the coming attack. She told him how much she loved him, then said, “Everyone is running to first-class. I’ve got to go. Bye.”

Todd Beamer had recited the Lord’s Prayer on the phone with Lisa Jefferson after telling her that he had to take some kind of action to keep the airplane from doing more harm. At about 10:00am, he heaved a sigh and said the now famous words, “Are you guys ready? Let’s roll.”

The reluctant warriors overpowered the terrorists in the main cabin before attacking the cockpit door. According to information from the flight recorder, they were close to forcing it open when the al-Qaeda pilot, hollering, “Allah is great,” rolled the aircraft onto its back and dove into an empty field outside of Shanksville, Pennsylvania. The impact was so great that almost no human remains could be located once rescuers arrived.

In a speech honoring the victims of Flight 93, Vice President Mike Pence revealed how their courage and determination almost certainly saved his life. A freshman congressman at the time, the Vice President said that after the Capitol Building had been evacuated, “I found myself just across the street from the U.S. Capitol eventually, on the top floor of the headquarters of the Capitol Police Chief. I was there with leaders of the House and Senate. The police chief was on the phone. He put the phone down and informed the leaders gathered there that there was a plane inbound to the Capitol, and he said it was twelve minutes out. So, we waited. It was the longest twelve minutes of my life.”

Those men and women had no idea what would happen once Todd Beamer said, “Let’s roll.” They knew their actions would likely result in their deaths, but they also knew that acting gave them at least the possibility of a better outcome. They didn’t wait on the proper authorities to rescue them. They didn’t make sure everyone adhered to the established guidelines. They didn’t throw a fit because someone made them feel unsafe. They acted.