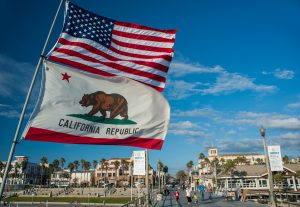 Let’s face it. Leftist single-party rule dominates a small handful of states, leaving their conservative residents all but unrepresented in state and federal matters. I hate to wear out my “as a New Yorker…” card, but, well, let’s just say I’ve got a bit of experience with this issue.

While many folks safe in their liberty-loving, pancake-flat, rattlesnake-infested states (cough—Texas—cough) might feel perfectly content to let states like New York or California self-destruct in their apparent downward spirals into totalitarian socialism, there may only be one way to restore that same precious liberty within their borders: Conservatives need to stop ignoring them.

In a recent episode of his radio show, Rush Limbaugh offered a bit of advice that might seem counterintuitive, to put it mildly: “Go to California, Mr. President.”

“I made a brilliant observation yesterday about the Democrats in California,” said Limbaugh. “Democrats in LA are appalled that homelessness in their city is rising and so much of it, and they’re mad that the Democrat candidates for president are not talking about it. And I told the people of LA (and I’ll do it again today), ‘The Democrats are not gonna talk about your problems. They already own you! They don’t need to fix a damn thing in California.'”

Just as in New York, Californian Democrats know they will nab all the state’s electoral votes, allowing the Democratic Party’s supremacy to continue uninterrupted while the state’s Republicans and Conservatives drift further into the outskirts of irrelevancy.

This, however, is the Dem’s blue state Achilles’ heel.

It’s “the age-old adage,” he said. “They cannot be hurt by ignoring California. They can only be harmed by calling attention to it.”

So, while the state rots away under leftist absentee control, Limbaugh has just one suggestion for the president: “start going to California.”

“I think he ought to go there once a month,” Limbaugh explained. “I think the Republican National Committee ought to schedule a debate in California. I think the campaign should have ads showing and highlighting the homelessness in downtown Los Angeles and pointing out that this is what happens when Democrats run things with no opposition, no checks, no balances.”

And, Limbaugh argues, even if Trump does start stomping around on their home turf, leftists simply “have to ignore California,” unless they’re truly up for the task of the mental gymnastics it will require to explain how they’re somehow not responsible for the sorry state California is in after being under their control for decades.

“Put simply and succinctly, the left is desperate to stop Donald Trump because he’s doing what they can never do,” Rush concluded. “Donald Trump is doing what the left can never do. They can’t politically do it, and they couldn’t do it if they wanted to do it! They simply do not know how to raise economic circumstances for people. Not across the board. They can do it individually. They have their own share of the wealth, but they don’t believe in policies that make this happen. Government’s first, second, third, and last in their lives. Donald Trump shows the Democrat Party up every day. He puts them to shame every day on issues of substance that matter in people’s lives.”

While California works on simultaneously providing “safe parking lots” people who live in their cars and inches closer to actually banning gas-powered cars (figure that one out), Trump and any go-getter Conservative could find vast, fertile ground in the hearts and minds of California voters.

Oh, and, maybe they could stop by upstate New York while they’re at it. We’ll even share some grape pie.