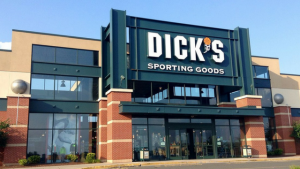 Dick’s Sporting Goods execs seem so determined to virtue signal about their pro-gun control stance that they are apparently willing to let their business suffer rather than actually, you know, show any regard for their primary customer base.

And suffer it has, they’re announcing, as firearm and hunting sales have dropped since they introduced their controversial new policies to supposedly combat gun violence.

Following the revelation that the Parkland shooter had purchased a firearm at Dick’s (it does not appear to be the firearm he used to commit his massacre on February 14th, however), Dick’s announced they would end the sale of AR-15 rifles and raise the minimum age to purchase a firearm in their stores to 21.

They also, vexingly, later announced they would be destroying the unsold AR-15s rather than have them sold elsewhere.

They have also been vocal advocates for stricter gun control including bans on long rifles like the AR-15, magazine capacity limits, and raising the minimum age to purchase a firearm to 21.

The Washington Free Beacon has the story on their dwindling sales:

Dick’s Sporting Goods announced on Wednesday that their recent endorsement of gun control policies and hiring of gun control lobbyists has hurt their sales of firearms and hunting accessories.

The company did not reveal specifics about how much their firearms business had fallen during their first quarter earnings call but said it was directly connected to their decision to embrace certain gun control policies. “As expected, our firearms policy changes impacted our hunt business which saw an accelerated decline in an already challenged category,” Dick’s CFO Lee Belitsky told analysts. “We expect these businesses to remain under significant pressure throughout the remainder of the year.”

When asked by an analyst whether he believed Dick’s firearms business could rebound later in the year, CEO Edward Stack said the company does not see that segment of the business improving any time soon.

“We expect, based on our firearms policy, it’s going to continue to be challenged through the balance of the year,” he said. “We don’t see a big change.”

They also note that both Mossberg and the National Shooting Sports Foundation have cut ties with the retailer over their staunch pro-gun control stance.

Stack, on the other hand, called this “it’s really not that big of a deal” and is undisturbed by his company’s expulsion from the shooting sport community at large, apparently.

He’s clearly made his decision to keep banging the gun control drum.

“They went beyond simply making decisions for their own company and are trying to impose their view and their decisions on other companies in the industry by hiring a lobbyist to lobby for gun control,” Larry Keane, NSSF senior vice president and general counsel, told the Free Beacon. “The CEO of Dick’s, which owns Field and Stream, is on the record as saying he wants to see a ban on modern sporting rifles, he wants to see restrictions on magazines, and also wants to see an unconstitutional restriction on the ability of young adults to purchase any firearm.”

Well, this is the beauty of a free market–if you want to make political statements with your company, go right on ahead, and suffer the inevitable consequences of alienating thousands of your customers.