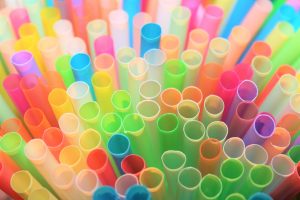 While it’s part of my job to point out the hilariously epic failures of leftist thought and policies, the reason why we are opposed to these policies in the first place is that they are wrong and they are harmful.

Now, when the earth-worshipping, brownie points-seeking lefties started pushing all manner of bans and taxes on single-use plastics, they probably didn’t have a whole lot of misanthropy in their motivations. At least, not much more than the obligatory minimum levels of misanthropy required of one to become an environmentalist.

But, as we all know, the Achilles’ heel of leftism is its unintended consequences.

In a series of now-private tweets, she wrote:

I was declined a straw at a restaurant this morning. The waitress had one in her apron. As she poured the water I said “excuse me miss can I have a straw?” She said “we can’t just give them out” and walked away.

My dad flagged her down and when she returned to the table, I asked again “miss sorry but I really do need a straw”. She then said “we only give them to the elderly”

I explained that I am disabled, that I have degenerative joint disease in my spine and picking up a full glass to drink causes muscle spasms under my shoulder blades. She met that with “you seemed fine when you walked in”.

This is an oft-repeated remark, especially among folks who immediately assume you’re a prankster if you use a motorized scooter at the grocery store but don’t “look handicapped,” and it needs to end.

5 minutes later, still no straw. Finally I ask for a manager and the waitress looks pissed as hell but goes to get them. The manager heard me out, handed me a straw, then turned to the waitress and whispered “people like that aren’t worth it just give them the damn straw”

I was SO frustrated… I just started crying. My dad got up and followed the manager back to the front where he then LET HER HAVE IT. He had let me handle it up until that point Bc I had asked him to.

Someone pin a medal on that dad.

And while he was shouting, people were turning to look at me.. he was literally just shouting “her spine is deteriorating she uses crutches most days you MORON” and I was SO EMBARRASSED. I got up and walked out of the restaurant and my mom followed me.

We’ll put a dollar in the swear jar on moe’s behalf, ’cause this one needs to be said:

We hadn’t even ordered yet so we just left. I’m still really upset. STRAW BAN IS BULLSHIT. It’s just an excuse for ableism. A waitress should NOT get to “decide” if I’m validly disabled or not.

So, this is kind of blowing up more than I thought it would, I just wanted to rant. I am glad this thread is starting the conversation and helping to educate others.

I really appreciate everyone offering to contact the restaurant on my behalf, but there are several reasons I am not going to name it:
1. It’s a beloved restaurant here, very old and valued in my community
2. The manager IS THE OWNER
3. I have severe anxiety, can’t handle that

To be fair, you’d probably be bit hesitant to give a plastic straw to someone who doesn’t “look disabled” if doing so might mean you could spend up to 6 months in jail.