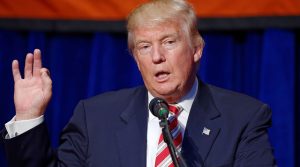 Liberals are always attempting to find a way in which to even up the odds and ensure they win elections, particularly this one, since they all hate President Trump with every fiber of their beings.

A big part of the plan has always been to use illegal immigrants in some capacity to improve their chances of victory in an election. Which is why so many Democrats are opposed to voter ID laws. It forces individuals to prove their identity and that they are American citizens, who are the only ones in this country who should have a say in how things are run.

Liberals have also used illegal immigration in the census to count these folks as part of the population and boost the number of representatives certain states get in Congress to help pad their numbers and push their agenda.

However, President Trump has signed an executive order that will stop all of that. A newly released study by the Pew Research Center has released information concerning which states will lose representatives if illegals are no longer counted as part of the population.

According to a study from the Pew Research Center, California, Florida and Texas would each end up with one less representative than they would otherwise get, based on overall population change.

“The discretion delegated to the executive branch to determine who qualifies as an ‘inhabitant’ includes authority to exclude from the apportionment base aliens who are not in a lawful immigration status,” Trump said in a memorandum issued last Tuesday.

Before Trump’s order, California was already expected to lose one seat but would lose two under the order. Florida, which was set to gain two seats, would only gain one, and Texas would gain two instead of three.

Four lawsuits or notices of legal challenges have been filed in response to Trump’s order, which is no surprise to anyone.

Look it’s simple. If you aren’t an official citizen, if you aren’t here under legal means, you should not at all be counted as part of the population of the United States. Nor should you be allowed to have any political power.