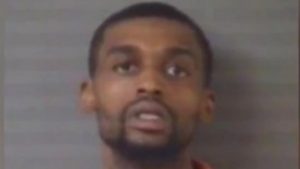 Social media is ablaze today as the hashtag #SayHisName is trending big time on all fronts after mainstream media outlets have seemingly refused to cover the horrific murder of Cannon Hinnant, a 5-year-old white boy who was shot at point-blank range in the head by Darius Sessoms, a 25-year-old black man while playing in his front yard.

Making the crime more heinous is the fact that the shooting happened in front of Cannon’s two sisters.

Many individuals are claiming the lack of mainstream media news coverage by the big networks is due to the fact that Cannon is white and the shooter is black, thus going against the current racial narrative these propagandists are pushing in the news.

Here’s more on this from Daily Wire:

CNN, NBC, CBS, ABC, and MSNBC, as of Thursday morning, have yet to cover the attack. Fox News has covered the tragic news.

Some have argued that the lack of coverage is because of the races of the victim and the alleged murderer.

“Say his name. 5 year old Cannon Hinnant was executed in cold blood while riding his bike,” posted Walsh. “The accused killer is Darius Sessoms. He allegedly walked up to the boy and shot him dead in front of his sisters.”

“Reverse the races and this is the only thing anyone talks about for a month,” the commentator said.

Walsh isn’t the only one angered over the lack of media attention Cannon’s story is receiving:

Have any mainstream media outlets covered Cannon Hinnant yet?

The deception in selective reporting is their most potent weapon because it drives availability bias which, in turn, distorts reality. It is the same as lying.

Just imagine if the races were reversed. #SayHisName

And that’s just a small sample of the big name folks pushing the hashtag. There are plenty more individuals who have had it with the MSM and their non-coverage of important stories.

If the races were reversed, as Walsh stated, it would be the only thing you see covered on the news for at least a month. Riots and looting would explode all over the country, as they have for the last several months.

Cannon is a white kid. That makes his story less important to the mainstream media. There’s no way to politicize it and help aid the Democratic Party cause, which is to win the November election.

There are so many important events unfolding all over the globe, but you hear almost nothing about them because they have no bearing on the current election. All that matters now to the media is making sure Biden beats Trump.