Hanoi Jane Calls for Violence in the Streets if Trump Fires Mueller…No, Really 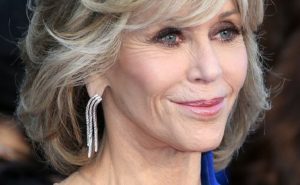 Um…what alternate universe do leftist celebrities live in where not only are their cushy, luxurious lives terrorized by Presidents they don’t like, but people can just walk out of work and spend the day protesting if said President does something they don’t like?

“Hanoi” Jane Fonda, speaking on a panel recently that just had to know the aging, Viet Kong-sympathizing actresses’ thoughts on what Americans should do if Trump fired Mueller, instructed Americans to remain calm and remember that it’s within the President’s constitutional purvue to fire a Special Council if he sees fit.

Just kidding, she told Americans to riot in the streets.

Rumors have abounded, almost since the Russian Collusion investigation began, that President Donald Trump might fire special counsel Robert Mueller. Many have weighed in on the matter and actress Jane Fonda recently took her turn at the topic during a 92Y panel talk, according to Page Six.

The outlet reported that the 80-year-old had advice for the audience about what to do if Trump actually fired Mueller: “We have to get in the streets — nobody should work.”

“We should shut down the country. Shut it down!”

“This is an existential crisis. And if we don’t do what needs to be done — in terms of making our voices heard, and our votes heard — that’s it! We don’t have time.”

We’re not really sure what “not working” or “shutting down the country” looks like to an 80-year-old actress, but for most Americans, not only is it unreasonable to walk out of work simply because the President does something that’s perfectly legal, it’s unreasonable to carry on an investigation for over a year that produces absolutely nothing and still presume the subject of the investigation is guilty.

But why are we listening to someone who sympathized with a bunch of murderous communists in the 1960s and lives a comfortable life in a multi-million dollar mansion?