Hang Onto Your Avocado Toast, Snowflakes! Trump’s Closing The Border! 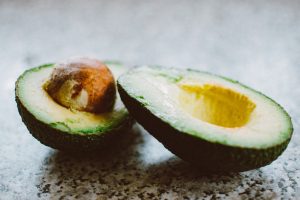 After unending obstruction, chest-beating, and a healthy dose of just plain whining, the swamp creatures in D.C. have pushed President Trump to the point of utilizing any rights he has to secure our Southern border and halt the flood of illegals.

While Congress probably felt mighty proud of themselves for putting the brakes on the border wall (for now, anyway), they only paved the way for more drastic measures to be taken. And, of course, they underestimated the tenacity of our president who is willing to take those measures.

While Border Patrol locales in Texas alone saw unprecedented rates of apprehension at the border, President Trump has decided to seal up the border where he can—at ports of entry.

Yes, yes, I know. Our overworked, understaffed border patrol agents will be thrilled to be able to catch their breath and deal with the hundred thousand people caught skipping over the border each month, but are they really the ones we should be listening to?

Now, I know what you’re thinking. All throughout the January shutdown, Dems cackled at border security experts and claimed that most illegals are coming in through ports of entry, so a wall would be useless.

So now that we’re heeding their advice and shuttering points of entry for a while, isn’t this a good thing? Won’t this help our CBP agents focus on the massive swaths of unprotected American borderland?

Well, cupcake, not if you rely on avocados as your primary source of nourishment, which apparently the folks in the mainstream media lamenting the resultant avocado shortage do.

That’s right, y’all. Just when your young, hippie voter base thinks the deal is done and the border is going to be secured whether they tweet about it or not, rally them once more with the grave warning of what could become of their avocado toast.

“You couldn’t pick a worse time of year because Mexico supplies virtually 100 percent of the avocados in the U.S. right now,” Steve Barnard, president and chief executive of Mission Produce, told Reuters. “California is just starting and they have a very small crop, but they’re not relevant right now and won’t be for another month or so.”

Don’t worry about the peace and prosperity we can finally begin to work toward as we begin to apply pressure to the gushing wound at the border. That’s not important. Worry about having enough guacamole for the long summer months ahead!

And, don’t forget another impending disaster that could result from such a firm, common sense approach to national security. Remember all those factories (and their thousands of jobs) we moved down to Mexico? Well, according to Fox News:

On the border, crossings are big business. El Paso is a huge land port. [Dee] Margo, a Republican, told Fox News there are close to 100 Fortune 500 companies with factories just over the border in Juarez. Raw materials from the United States go to the factories in Mexico and finished goods come back to the U.S.

Now, I’m not a master economist or a whole lot smarter than a bag of hammers, but I can’t for the life of me figure out the appropriate amount of sympathy to have for Fortune 500 companies who sent their manufacturing and assembly plants out of our country and are now going to suffer for it. Should I post something pithy about it on Facebook, or is this an occasion for rending my garments and weeping?

In all seriousness, as President Trump pointed out, it’s time for big changes. Our practically open-borders friendship with Mexico has resulted in decades of crime and drugs flowing into our country with decent-paying, low-skill jobs flowing into theirs. It’s long past time to deal with this issue. They can keep their avocados. We need our country back.