When America is being engulfed in racial rhetoric why not capitalize on your victimized past? Even if it probably never happened.

Actress, celebrity, and Oscar winner Halle Berry is the latest Hollywood hypocrite to jump on the race bandwagon and complain about her supposed “racist” classmates from when she was in high school. 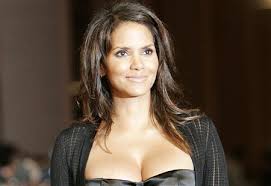 However, the beautiful Berry didn’t count on one thing: Her classmates are calling BS! Residents from the town where she grew up are calling out her exaggeration and bringing the race-baiting attempt back to reality.

“The X-Men actress says she was bullied ‘because of the color of my skin,’” People

Trending: Scientists Now Monitoring New Coronavirus Subvariant Spreading In The UK, Say It Could Be More Contagious Than Delta

“Because my mother was white and my father was black… we got called Oreos and names, and kids just didn’t understand, so we were different,” Berry was quoted as saying.

“We were the brunt of a lot of jokes. So, I think my need to please and my desire to achieve was because I was constantly trying to prove that I was as good as the other white students. I felt very ‘less than,’ and I thought, ‘If I can beat them at everything, then I can be as good as them,’” she continued.

As joeforamerica.com points out, a Facebook group titled “You know you grew up in Bedford” is focused on keeping people from that small town in Ohio in touch with each other. It has quickly become a platform for people to refute Berry’s claims with firsthand experience.

While no one has walked in Berry’s shoes we can’t say that she has never experienced any racism or even bullying from other kids – WE ALL HAVE – it would seem that her victimization seems a tad far fetched since she was a cheerleader, editor of the school newspaper, and even the prom queen. Come on Halle! Out of 1500 students at your school blacks made up 15% and you managed to get voted prom queen?!? Doesn’t sound like “hate” to me. But whatever…fuel those fires. 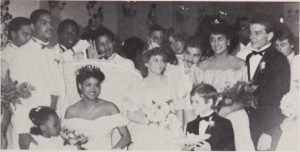 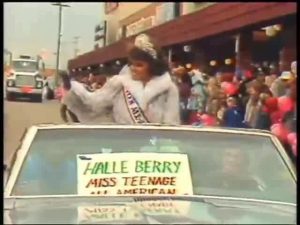 “Class of ’86 here…..I didn’t know Halle personally so while I certainly can’t speak to her individual experience I can speak to how I looked at her and how all of my friends looked at her in high school,” posted one user named Rachel.

One former classmate agreed with Berry saying that on occasion she was called “Oreo,” except it was by other blacks. Not whites.

Another fine example folks of how true racism gets diminished by false victimization and another whiny Hollywood liberal loses all respect.

The ‘SQUAD’ Spent Over $100K On Private Security While Demanding To DEFUND THE POLICE- And THIS Happened!
AFF

Nearly Half of Afghan Evacuees at US Military Bases Are Children, Pentagon Reports
October 21st, 2021 Flag And Cross

‘I Told You So’: Sen. Paul Hits Back At Critics After NIH Admits To Funding Gain-Of-Function Research
October 21st, 2021 Liberty Unyielding

Michael Cantrell - October 20, 2021
A brand spanking new poll from Quinnipiac University has revealed that President Joe Biden's approval numbers are continuing to drop way down during the...

Trump Filing Lawsuit Against Jan. 6 Committee To Block Their Request...

San Fran Temporarily Shuts Down In-N-Out After They Refuse To Enforce...