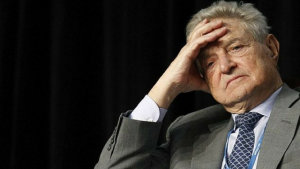 If you think conservatives in the US are angry about George Soros’ political meddling, imagine how the Europeans feel!

Soros, the multi-billionaire investor who’s made a hobby out of dumping funds into the most radical, far-left causes you can think of, has definitely made some enemies on both sides of the Atlantic, but apparently, in his home country of Hungary, they’re quite hip to his devices.

He’s been one of the leading “activists” (it’s quite the activist who can literally bankroll any political cause he feels like) behind the open door policies in Europe that are importing crime, rape, violence, and cultural jihad from the Middle East and North Africa under the guise of “multiculturalism.”

But now, Hungry is standing up to his influence, in no uncertain terms, the Daily Mail reports:

Lawyers and activists risk being thrown in jail for a year if they help asylum seekers settle in Hungary after a tough new law was passed.

A raft of bills was approved by Hungary’s parliament today (Wednesday), which criminalises some help given to illegal immigrants.

Under the new law, officially called ‘STOP Soros’, people or groups who help migrants submit requests for asylum, or who help illegal migrants gain status to stay in Hungary, when they are not entitled to protection, will be liable to a prison term.

I think if you have tough immigration laws named after you, it might be time to ease up on the political meddling, wouldn’t you?

We could use a few “STOP Soros” bills on this side of the pond too, if you ask me!