The Greatest Discovery of Our Time 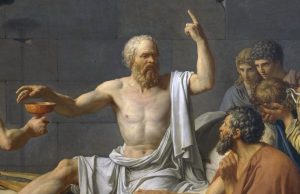 And now we finally come to it. After countless demonstrations, court battles, Supreme Court decisions, broken campaign promises, and billions in election spending, Professor John D. Caputo of Syracuse University has hit upon the bottom-line explanation for all of America’s – yea, all of Western civilization’s – problems. Even more amazing than Caputo’s discovery is the fact that he shared it with nothing less than the New York Times two years ago, and the Western world is still in shambles.

So, what, you ask, is this great revelation? It’s really so obvious, once seen, that you’ll probably thump yourself on the head for not thinking of it all on your own. Here’s the secret of the century…reason is a “white male Euro-Christian construction”. Of course it is! And that explains why the left is frothing at the mouth to remove all traces of reason from our society.

Reason, in all its sinister maliciousness, has caused horrific injustices over the course of human history. Reason led the ancient Greeks to impose the scourges of philosophy and democracy on everyone who wasn’t a white male. Citizens of ancient Greece suffered the ill effects of a stable government, sound currency, full bellies, and educational opportunities – all without being asked if they wanted any of those things!

Reason also shat onto the earth the Roman Empire and all its atrocities. Engineering feats, including aqueducts and roads lasting thousands of years, architecture, the alphabet, and a legal system that is still the foundation for legal systems throughout the free world are just a few of the horrors Rome created in the name of reason.

The Magna Carta and the representative government it spawned are also the products of reason. More recently, 241 years of peaceful transitions during the blight of America’s self-governance can be traced back to reason. The ability to change and improve while maintaining a solid foundation of laws, as awful as it is, goes back to the same place all abominations go – reason. A system of government that allows for women’s rights, civil rights, and LGBQTXYZABC rights without limiting the rights of others is obviously, God help us all, the result of that hateful nemesis of all things good – reason.

A lesser intellect might make the assumption that reason is a good thing, based on what it has accomplished over nearly 3,000 years. Common sense would suggest that reason is something we need more of. Common sense, however, is just another form of reason in all its treachery and putrescence. According to Dr. Caputo, philosophy is nothing more than the ancient code of white privilege.

Right-wing policies enacted during President Obama’s term have, according to the professor, greatly widened the gap between the wealthy and the poverty-stricken, virtually eliminating the middle-class. You’re probably thinking to yourself that the middle-class made its biggest retreat during the Obama years. You might even think the dramatic rise in food stamp recipients and out-of-work Americans confirms your suspicions. If that’s what you think, check yourself; you’re probably guilty of practicing reason.

Dr. Caputo also claims that American democracy is adrift. As proof, he cites Americans’ tendency to value freedom over equality. A reasonable person would probably equate the goal of equality over freedom with holding everyone down to the lowest possible standard. But, according to Dr. Caputo, a reasonable person is always guilty of wrong thinking.

This groundbreaking deduction sheds so much light on the left’s suppositions and tactics, it’s almost like a reverse solar eclipse. According to leftist dogma, any person not in the throes of hysterical vapors is racist, homophobic, Islamophobic, transphobic, misogynistic, and generally – you guessed it – unreasonable. Now we know why.

The foundation of Western civilization is reason. It’s the common thread running through first world countries, and the missing link in third world nations. The left exists to serve 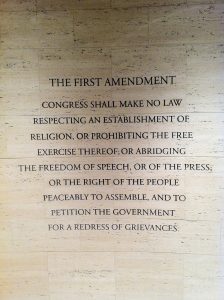 emotion. It’s who they are, and reason is anathema to all they stand for. Socrates, Plato, and Aristotle and their traditions of logic, introspection, and orderly thought are to the left’s agenda what fresh air and sunshine are to a fish. But, logic and empirical evidence can be hard to reconcile with emotional reactions.

In order to thwart the inevitability of reason, the left has put an “…ism” or an “…ist” on the end of almost every word they can think of. Engage in reasonable thought or reasoned discussion, and you’re guilty of hating someone. Oddly enough, that someone will always belong to a group championed by the American left.

Mob rule seems like a great idea until the mob changes direction and attacks what you hold dear. Then government by emotion is revealed for what it is – tyranny. We can only hope America returns to reason before the Constitution is labeled too hateful and the tyranny of emotion becomes the law of the land.