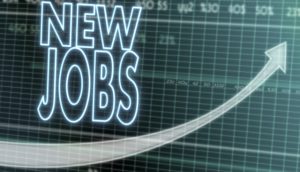 Employers in the United States are enjoying a burst of hiring in the month of March, adding a staggering 916,000 new jobs in what many consider to be a sign that the economy is truly back on the mend after being walloped by the coronavirus pandemic for the last year.

A lot of folks are crediting the bouncing back of the economy to the rollout of the coronavirus vaccine coupled with stimulus checks and the reopening of businesses.

The March increase — the most since August — was nearly double February’s gain of 468,000, the Labor Department said Friday. The unemployment rate declined from 6.2% to 6%.

Even with last month’s robust increase, the economy remains more than 8 million jobs short of the number it had before the pandemic erupted a little over a year ago. But with the recovery widely expected to strengthen, many forecasters predict enough hiring in the coming months to recover nearly all those lost jobs by year’s end.

Last month, hiring strengthened across the economy. Restaurants, hotels and bars — the sector that was most damaged by the virus — added 216,000 jobs. Construction companies, aided by better weather after severe storms in February, gained 110,000.

Manufacturers in the United States have added 53,000 jobs, while professional and business services have added 66,000. This is great news. Maybe, just maybe, we’re finally about to come out on the other side of this pandemic.

Let’s hope that is indeed the case. And never forget that the situation we’re “recovering” from wasn’t caused by the virus, but the big government buffoonery of Democrats who wanted to use this as an opportunity to flex muscle.