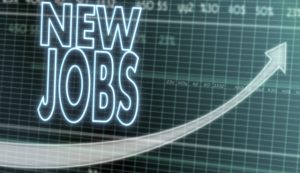 President Donald Trump is no doubt thrilled by the new report that just came out Friday morning from the Labor Department, as it details that almost 1.4 million jobs were created in the month of August, causing the unemployment rate to drop to 8.4 percent.

These numbers beat the predictions put forth by economists, who predicted only 1.3 million jobs would be created in August, which would take the unemployment rate down to 9.8 percent. However, a lot of these new jobs were due to temporary hiring for the census.

Still, this is further proof that our nation’s economy is rebounding from the devastating impact of COVID-19 and the subsequent shutdowns used to flatten the curve.

Most encouragingly, the unemployment rate fell even as the labor force expanded by nearly 1 million, suggesting that many workers are returning to their old jobs. Unemployment is already below the rate that Federal Reserve officials expected it to be at the end of the year.

Hiring, however, has also slowed each of the past few months, raising the worrying prospect that the recovery will lose steam before the workers who lost their jobs in the pandemic are able to return to work. Employers have rehired only about half the 22 million workers laid off because of the pandemic.

While this is all good news for the country, economic analyst for Bankrate.com, Mark Hamrick, stated that we still have a long way to go when it comes to getting the jobs back that were lost during lockdown.

“No matter how you slice it, that’s a tall order,” Hamrick said.

Still, it’s encouraging to know that we can indeed bounce back from this massive disaster. Our nation has really been through the ringer this year, so it’s nice to finally hear some news worth celebrating.

Hopefully, this rebounding economy will further help the GOP as they strive to win back the House, as well as preserving Trump as the commander-in-chief during the 2020 election this November.