Grad Student From Wisconsin Admits Posing As Person Of Color, Steps Down From Teaching Position 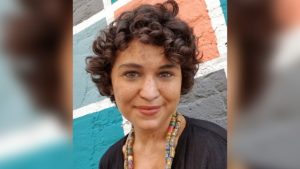 A graduate student from the University of Wisconsin-Madison has stepped down from a teaching position, along with losing another one from a different university, after admitting that she falsely claimed to be a person of color.

It’s absurd that this has even become a thing in the modern world, but hey, here we are.

CV Vitolo-Haddad admitted to posing as a person of color and apologized in two Medium posts last week, CNN reported. Vitolo-Haddad, who also uses the pronouns they/them and also claims to be nonbinary, announced they were resigning as co-president of UW’s Teaching Assistants’ Association.

Vitolo-Haddad’s troubles began on September 4, when an anonymous person on Medium accused the undergraduate student of falsely identifying as black and continually changing their story on their family history.

“Though their claim to a POC identity was vague, the one consistency was their insistence that they were a constant target of acts of racism and that they came from some kind of nonwhite background. They referenced it frequently on social media and in interpersonal conversations,” the anonymous person wrote. “Their stories lacked coherence, but they intimated an insider status that made (and makes) people hesitant to question them.”

The writer compared Vitolo-Haddad to Jessica Krug, a tenured African History professor at George Washington University who resigned after an investigation was opened into whether she masqueraded as a black woman for years, The Daily Wire previously reported.

Vitolo-Haddad finally admitted on a post she put up on September 11 that she was actually of southern Italian/Sicilian heritage, saying “it was my choice and error to identify any differently.”

Folks, seriously, this is some sort of mental illness with these young people now. It’s somehow seen as heroic to “identify” as something other than what you are. Back in the day, this sort of thing landed you in the shrink’s office.

Now, it’s become something people encourage. We should never be encouraging mental illness. Ever.

But on the flip side, this is more than mental illness for Vitolo-Haddad. She’s a messed up person who was hoping to ride this thing out for her own personal benefit. She’s reaping what she sowed.