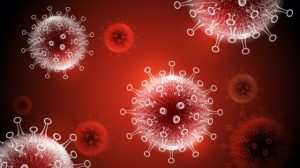 After being totally rocked by the coronavirus, the state of Louisiana might finally be seeing light at the end of the tunnel after employing strict measures to try and stop the spread of this deadly virus. However, Gov. John Bel Edwards is hesitant to call the numbers the beginning of a downward trend.

Bel Edwards announced that the rate of new cases requiring hospitalization and ventilator usage, both critical factors in determining when medical-care facilities are overwhelmed, has started to slow.

He spoke on Monday saying, “We are hopeful that we’re seeing the beginning of the flattening of the curve.”

However, Edwards went on to stress that efforts to stop the spread of the illness, like staying home as much as you can and following other social distancing guidelines are crucial and still need to continue being put into practice. He also went on to say that healthcare workers in the state are quickly learning how to better manage patients suffering from COVID-19, which is leading to shorter hospital stays.

Although the drugs have not been proven effective against COVID-19, Landry said some medical professionals have coupled the use of hydroxychloroquine with the antibiotic azithromycin in hopes of helping those patients.

The Louisiana Department of Health said that more than 70 percent of the state’s patients who have died from the illness were African-American. Prior to Monday, this information was not released to the public. The African-American population of the state is roughly around 32 percent.

The high death rate Louisiana has experienced is also believed to be related to the high rates of specific chronic illnesses like hypertension, obesity, and diabetes.