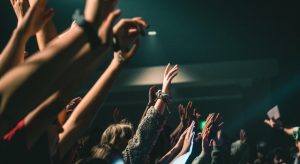 One of the scariest parts of this whole coronavirus pandemic isn’t the virus itself, but how quickly leftist politicians used the crisis as an excuse to justify massive power grabs that clearly violate the constitutional rights of American citizens.

Cross Culture Christian Center, located near Sacramento, decided they weren’t going to stand by and allow their God-given right to gather and worship be infringed upon without a fight. So they launched a lawsuit against Newsom.

However, they suffered a massive blow in their efforts thanks to the ruling of Judge John Mendez who upheld the ban.

Judge John Mendez, in a ruling Tuesday afternoon, ordered the Cross Culture Christian Center near Sacramento to cease holding church services after the church sued on the grounds that Newsom had violated their First Amendment rights to free assembly. The church also argued that it was being treated unequally since grocery stores and other “essential” businesses are allowed to remain open.

“During public health crises, new considerations come to bear, and government officials must ask whether even fundamental rights must give way to a deeper need to control the spread of infectious disease and protect the lives of society’s most vulnerable,” Mendez wrote.

Cross Culture Christian Center isn’t the only church in the country to take action against tyrannical stay-at-home orders issued by out of control governors.

The Beloved, an evangelical church located in Illinois, took legal action against Gov. J.B. Pritzker for extending the state’s stay-at-home order, which includes a ban on religious services. After the suit was filed Pritzker relented a bit and allowed services of up to 10 people instead of zero.

However, The Beloved aren’t satisfied with this, nor should the be. They are pressing forward with the lawsuit demanding the ban be lifted entirely.

One of our most fundamental rights is being able to meet together and worship. To infringe on that God-given right is to demand folks who are bound by their conscience to obey the command of God to meet together to violate their beliefs.

This should never be tolerated by a free society.