GOP Senators Are Looking At Possible Loophole For Trump’s Impeachment 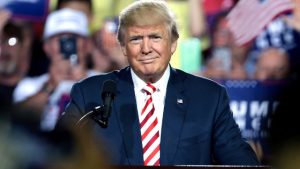 Republicans in the Senate are keeping their eye on a possible loophole concerning the impeachment of President Donald Trump, which is to basically raise objections about the entire process.

This, ladies and gentlemen, is the kind of juggling one has to do when involved in the realm of politics. Is it any wonder that so many good American citizens opt not to run for office? This stuff can be quite confusing to figure out.

By using objections to process as a basis for voting against impeachment or conviction, Republicans are finding a political middle ground. They avoid the potential political consequences of voting in favor of it, such as loss of support from the Trump-supporting voter base or public condemnation from other Republicans, while also avoiding being labeled by Democrats as apologists or enablers of Trump and the mob.

Republican Sens. Tom Cotton of Arkansas and Lindsey Graham of South Carolina each said Wednesday that it is unconstitutional to convict a former president on impeachment charges.

“The House has passed an article of impeachment against the president, but the Senate under its rules and precedents cannot start and conclude a fair trial before the president leaves office next week. Under these circumstances, the Senate lacks constitutional authority to conduct impeachment proceedings against a former president,” Cotton said in a statement Wednesday night. “The Founders designed the impeachment process as a way to remove officeholders from public office — not an inquest against private citizens. The Constitution presupposes an office from which an impeached officeholder can be removed.”

These fellows make a good point bringing up the fact that Trump will be a private citizen after the inauguration, which means that since he can’t be removed from office during an impeachment as a regular citizen, then he can’t technically can’t have a trial in the Senate.

Folks, this seems like a decent solution. Whether or not this is what will happen, well, we’ll just have to wait and see.