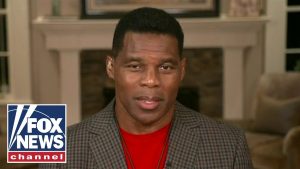 Republican candidate for Senate in the state of Georgia, Herschel Walker, is off to a fantastic start when it comes to fundraising for his political campaign.

Walker, in his efforts to unseat Democratic Sen. Raphael Warnock in the midterms this November, recently told Fox News on Wednesday that his political campaign has raised $10 million from late August of last year through the end of the year.

During the October-December fourth fundraising quarter, Walker’s campaign also reported $5.4 million in contributions from 44,364 individual donors from across all 50 states.

“As we travel all over the Peach State, we are meeting thousands of hardworking Georgians who are fed up with the direction our country is headed,” Walker went on to say in a statement. “Though I have been blessed with many amazing opportunities, running for U.S. Senate to represent my home state is the greatest honor and privilege of my life.”

Considered the obvious front-runner in the GOP primary due to his high name recognition and the endorsement he received from former President Donald Trump, recent polling indicates Walker holds a comfortable lead over his Republican rivals.

Walker’s critics note that, as a first-time candidate, he is untested under pressure on the campaign trail and has not made his position clear on some issues. He also comes with potential political baggage that could be used against him by his opponents, including his struggle with the mental illness dissociative identity disorder and accusations of domestic violence by his ex-wife.

Walker campaign manager Scott Paradise claimed that “this massive fundraising haul, likely the largest in the country for a non-incumbent, shows that Georgia Republicans are clearly united behind Herschel Walker and are ready to take on Sen. Warnock.”

Warnock only won his seat by razor-thin margins last year as he defeated Republican Sen. Kelly Loeffler. Loeffler was appointed to the seat by Gov. Brian Kemp back in 2019.

With the sick and twisted far-left ideology of Warnock threatening our nation’s liberty while he sits in office, it’s critical to run a great candidate against him to guarantee that he’s not given more chances to implement what he believes into laws that impact regular, every day citizens.