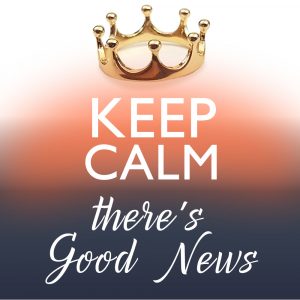 Gabriel Heatter (September 17, 1890 – March 30, 1972), the son of Jewish immigrants from Austria, was born and raised in Brooklyn, New York. He went to work for WOR, radio station as a reporter and commentator. His audience expanded when in 1934, WOR became the flagship station of the newest network, Mutual Broadcasting.

Heatter gained a reputation for trying to find uplifting but absolutely true stories to feed his commentaries. In April 1939 he gave the first national broadcast exposure to the burgeoning self-help group Alcoholics Anonymous.

During World War II, American forces sank a Japanese destroyer. That night, Heatter opened his nightly radio commentary accordingly: “Good evening, everyone—there is good news tonight.” The phrase sparked a small flurry of letters and calls, almost all in his favor. From that night forward, Heatter’s sign-on, “There’s good news tonight”, became both his catchphrase and his caricature.”

At this juncture in American history, such an opening statement as Heatter’s would be meet with outright incredulity and scorn. No news broadcast ever opens with such “fantasy-world” optimism. Even if they attempted such, their ratings would be too low to measure, because the many sensational and tragic happenings around the world habituate and titillate our taste for more of the same.

Based on the incessant “horrible”, “tragic”, “sorrowful”, “doom and gloom”, 24 hour news services available today, anyone believing that there is actually an abundance of “good news” to be heard and seen is considered to be out of touch with reality.

A few years ago, while I was ministering in an African nation, one of the young men from a remote village engaged me in conversation. Having never been very far outside his own village, and getting all of his information and ideas concerning life in my country formed by mass media, he asked me if I was fearful of living in the USA. And then what he said next really surprised me, as he emphatically said, “I would never want to live in America!”

Briefly stunned, amazed, and intrigued by such a statement, I inquired why he felt that way.

He said, “It would be far too dangerous for me and my family.” He went on to say, “Everyone seems to be shooting, beating, looting, burning, and protesting all the time.”

After some reflection, I realized his opinion of America was a logical conclusion based upon the only type news he had ever gotten concerning my beloved country.

As of late, I, too, have found myself sinking into fear and despair over what is happening at home and abroad based primarily on the constant “bad news”, or “fake news”, or “politically biased news” that I am getting — even when there is always far more “good news” events that could be reported that are happening daily in our world.

Couple this with the discouraging words I hear from so many of my Christian friends who take the “bad to worse” news reports as only further fulfillment of signs that have been inevitably prophesied in the Bible. Adding to the discouragement and trepidation, they remind me that we haven’t seen anything yet. The worst “bad news” is still ahead. ”

Beginning now, I am repenting of a diminishing confidence in the promises of God and the power of the gospel of Jesus Christ, and I am turning back to the truly “Good News” of the gospel of the kingdom of God.

I am reaffirming the words of missionary/evangelist Paul Washer as he declared: “Political upheavals have opened the door to countries that were previously closed, and all the great “ism’s” of secular man have fallen under the weight of their own error. Humanism has left our world disillusioned and cynical. Secular thought has left it soulless and empty. Materialism has left both the “haves” and the “have not’s” miserable and constantly at war. Sexual libertarianism has raped the individual of human dignity, exiled beauty, and driven a knife through the heart of innocence. Finally, the current revival of paganism has left men praying to rocks, hugging trees, and killing babies. The enlightenment of the twentieth century, which was to bring peace and prosperity has spawned more ignorance, poverty, immorality, and violence then any scholar could have predicted or any prophet could have foretold. It is a day to do great things.”

I say “yes and amen” to the words of 16th Century Puritan James Renwick, made during one of the most dark-filled times in English history: “There have been great and glorious days of the gospel in this land; but they have been small in comparison of what shall be.”

In spite of no longer affirming as public policy what our coinage once declared — “In God We Trust” — we are not getting the real “good news” of what millions of followers of King Jesus are doing here and around the world.

It is time we professing Christians stopped being “protestors” and started being “proclaimers.” It is time we recover being “heralds” of the gospel of the kingdom of God, announcing a salvation for the world that has already been accomplished, instead of being “campaigners” hitting the trail to try and get people to vote for Jesus as their Lord and Savior. He is Lord, none can do what His Father has already done — Crown Him the Lord of All!

The “good news” of becoming a follower of Jesus is that all your sin is forgiven, shame is cleansed, fear is dissipated, death is defeated, and wrath is consumed. We are free to live as sons/daughters of the Father. We are truly human again, and the best is always ahead.

The “good news’ is that God has already anointed and appointed His victorious Son as Lord of all — both in heaven and on earth, and He will not be disappointed (Psalm 2:6-9; Mt. 28:18).

Good evening everyone! There is Good News — tonight and tomorrow and everyday — Jesus Christ is Lord!

(For more “good news” information and free printed materials on the subject, contact me, Wade Trimmer, at [email protected])