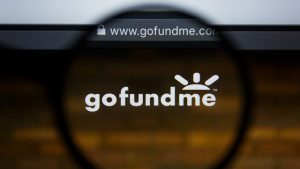 GoFundMe, one of the leading crowdfunding platforms in the world, has decided to cave in to the pressure of activists and remove a fundraiser that was connected to a parent group that was doing battle against Virginia’s Loudoun County Public School district for teaching critical race theory.

Scott Mineo runs the Parents Against Critical Theory (PACT) group, which aims to highlight the ongoing critical race theory campaign inside of LCPS. According to the Washington Free Beacon, Mineo started a GoFundMe page in mid-March after “anti-racist” Loudoun County parents launched an intimidation campaign against PACT and other parent groups.

The fundraiser had garnered nearly $4,000 in just a few days. On March 22, a former Loudoun County School Board Equity Committee member urged the current committee members and the school board to report the fundraising page. Three days later, GoFundMe had caved to activists and removed Mineo’s fundraiser.

In an email, GoFundMe said the fundraiser was considered “prohibited conduct.” The crowdfunding platform offered no other explanation, though similar to Amazon, its guidelines claim the company can remove any posts it deems “unacceptable” or offensive.

Mineo went on to speak to the Daily Wire and stated that the feels GoFundMe gave in to the demands of the activist groups and the left-wing equity committee of the district.

“GoFundMe canceled my campaign because they are weak, afraid to push back, and are unwilling to reach out to the very people running campaigns they shut down because of hysterical activist groups or equity committees,” Mineo went on to say. “What LCPS doesn’t understand is that I’m not going away and I will continue to expose their false narrative.”

He then stated that censoring has “slowed things down a bit,” but noted that he has been able to make a new fundraiser on the GiveSendGo platform.