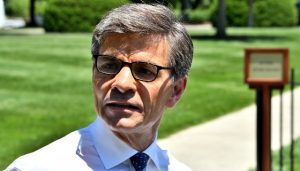 The mainstream media is most definitely, without any doubt whatsoever, bias toward the liberal progressive agenda. There’s mountains of evidence in existence that leads one to this conclusion, but longtime ABC anchor George Stephanopoulos has decided to add to the list after he prodded Rep. Adam Schiff to once again attempt impeaching President Trump.

Schiff, who chairs the powerful House Intelligence Committee, appeared on ABC’s “This Week,” on Sunday to discuss his usual talking points about Trump and Russia. During the conversation, Stephanopoulos quoted James Madison’s speech from the 1788 Constitutional Convention to push Schiff to impeach Trump for commuting Roger Stone’s sentence.

“If the President be connected, in any suspicious manner, with any person, and there be grounds to believe he will shelter him, the House of Representatives can impeach him, they can remove him if found guilty,” Stephanopoulos quoted from Madison before asking Schiff, “Is this an impeachable offense?”

Schiff did not commit to impeaching Trump again but did fall back on his old talking points about Trump being worse than President Richard Nixon and Watergate. He claimed Trump “urged the Russians to hack Hillary’s e-mails,” referencing a joke Trump made in 2016 during a campaign rally. Schiff also continued to push the idea that Trump’s 2016 campaign colluded with Russia to steal the election, even though a two-year special counsel investigation found no such collusion.

While it’s impossible for any news source to be 100 percent objective and no one really expects that anyway, the mainstream media needs to come clean and just admit that they hate conservatives and are liberal in their news coverage.

Attempting to pretend they are objective and only reporting facts, especially in a case like this, is insulting to the viewers, as the assumption made is that people are too stupid to pick up on what’s happening and the narrative they are trying to piece together against the president.

The left is looking more and more desperate with each passing day, willing to stoop to any low to get rid of Trump. Folks, that right there is reason enough to pull the lever for him in November.